Violence, Politics and Catholicism in Ireland

This collection of essays looks at the interrelated themes of Catholicism, violence and politics in the Irish context in the nineteenth and twentieth centuries. Although much effort was expended by institutional Catholicism in trying to curb the violent propensities of the Fenians in the nineteenth century and the IRA in the twentieth, its efforts were largely unsuccessful. Ironically, Catholicism had greater achievements to boast of in its influence in the British Empire as a whole than over its wayward flock in Ireland. But there was a cost in the church’s commitment to British imperial expansion that did not always sit easily with growing nationalist expectations in Ireland.

Although it provided support for the British forces in the First World War, by the time of the Second World War the church’s views of that conflict differed little from those of the government of independent Ireland, although there were sufficient differences that ensured Catholicism was not just nationalism at prayer.

These and other issues such as religious perceptions of the Famine, Cardinal Cullen’s role in shaping the ethos of Irish Catholicism and the role of memory, including religious memory, in Irish violence combine to make this a fascinating study.

Oliver P. Rafferty SJ is professor of modern Irish and ecclesiastical history at Boston College. He is also director of Irish programs. His previous books include The Catholic Church and the Protestant State: nineteenth-century Irish realities (2008) and George Tyrrell and Catholic Modernism (2010). 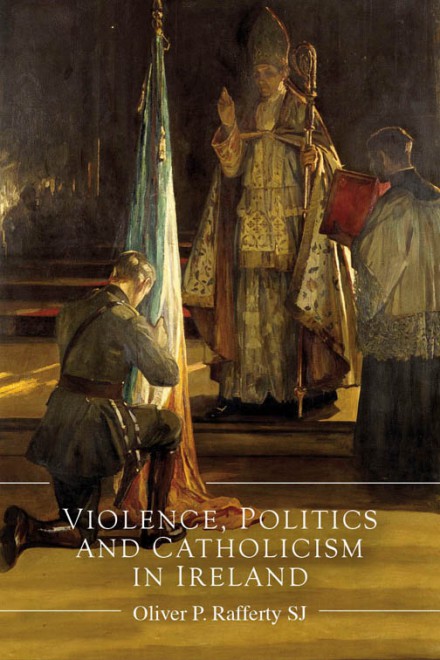