The world of Thomas Ward

Why do a number of children look like the local dean? Did you hear that the bishop did not like the communion wine and spat it out, exclaiming “this is the basest wine I have ever tasted”?

Such issues were hot topics of conversation in east Ulster in the 1690s. Despite the Williamite triumph after the wars of 1689-91 and the seeming deliverance of Irish Protestants from Catholic tyranny, the Church of Ireland faced numerous structural challenges – most notably in the diocese of Down and Connor. A number of concerns, not least of which was the resolute growth of Catholicism and Presbyterianism, troubled the hierarchy of the Established Church. This led to an investigation by royal commission in 1694 into the diocese’s administration. The commissioners, Anthony Dopping and William King, discovered that the local bishop, Thomas Hackett, was wholly unfit for office and that the behaviour of some of the clergy was utterly scandalous. To make matters worse, their behaviour was well known and readily discussed by the laity, bringing shame and dishonor on the Church of Ireland.

This short study uses the proceedings issued against Thomas Ward, dean of Connor, and the attempts of Dopping and King to restore the reputation of the Church of Ireland as a keyhole through which we can view local talk, gossip, scandal, communal and gender relations as well as sexual politics in early modern Ireland.

Dr Eamon Darcy teaches History in the National University of Ireland, Maynooth. He is author of The Irish Rebellion of 1641 and the Wars of the Three Kingdoms. He is currently researching oral and literate cultures in early modern Ireland. 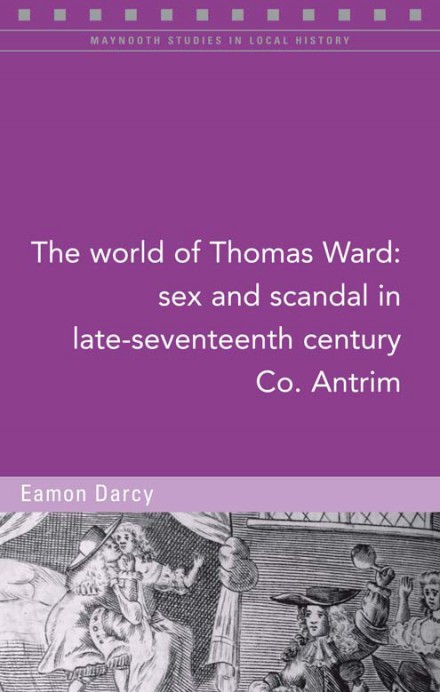