The architectural, landscape and constitutional plans of the Earl of Mar, 1700–32

Politics, architecture, landscapes, city designs and infrastructure planning were the substance of the earl of Mar’s creative thinking before and after the Anglo-Scottish Union of 1707. Condemned as a traitor after he led and lost the Jacobite Rising of 1715, Mar devoted his time in exile to creating a new constitution for the UK in which England, Ireland and Scotland would become equal partners in a federation with France for the enduring peace of Europe. Richly illustrated with Mar’s magnificent designs for cities, palaces and houses, this is the first book about this controversial figure.

Margaret Stewart was born and educated in Edinburgh. She is an art historian and curator, and is currently a lecturer in architectural history at University of Edinburgh. 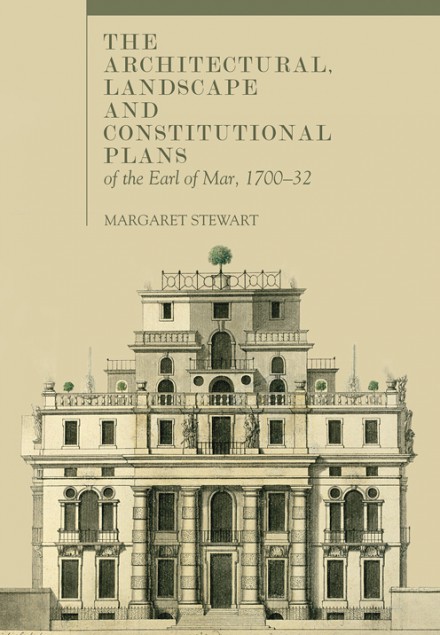