The Nugents of Westmeath and Queen Elizabeth's Irish primer

This is the first in-depth study of the oldest surviving ‘beginner’s guide’ to the Irish language. Christopher Nugent, baron of Delvin, presented Queen Elizabeth I with an Irish language primer in 1564, which he produced while he was a student at the University of Cambridge. Although of limited practical use for learning Irish, the primer was nonetheless a landmark in the history of the Irish language and Anglo-Irish cultural relations, which has remained largely unexplored until now.

This study locates the primer within a variety of contexts, including Christopher Nugent’s Anglo-Irish background, the medieval Irish grammatical tradition, Renaissance second-language teaching, and English attitudes to Irish culture in the sixteenth century. It also offers the first-ever detailed analysis of the contents of the primer and highlights its possible indebtedness to a pre-print version of the Aibidil Gaoidheilge & Caiticiosma (1571) of Nugent’s Cambridge contemporary, Seaán Ó Cearnaigh. The links between the writings of Nugent (an Anglo-Irish Catholic) and Ó Cearnaigh (a Gaelic-Irish Protestant) highlight the religious and cultural complexity of the time and help make the primer a compelling object of study.

Denis Casey is a graduate of University College Dublin and the University of Cambridge. He has taught medieval and early modern history, literature and manuscript studies at the universities of Maynooth, Helsinki, Cambridge and UCD. 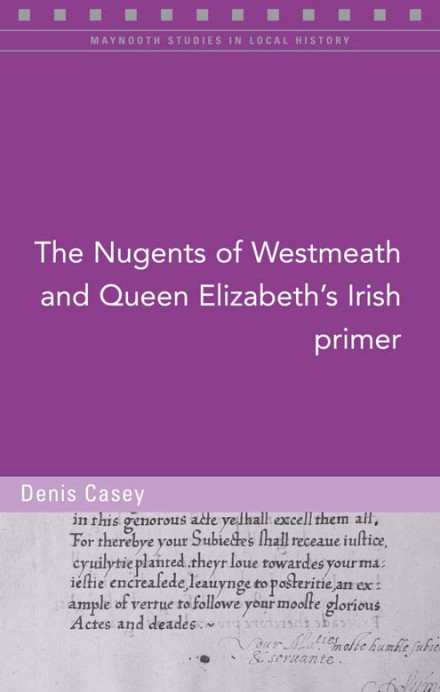