The Geraldines and medieval Ireland

The making of a myth

Geraldines (or FitzGeralds) are the most celebrated of the dynasties established in Ireland at the time of the Anglo-Norman invasion; and the dynasty’s most celebrated member during the Middle Ages was Gearóid Mór, the Great Earl of Kildare. This inaugural volume in the Trinity Medieval Ireland Series arises from a symposium held in September 2013 to mark the 500th anniversary of the Great Earl’s death in September 1513. The book traces the history of the Great Earl’s family from its origins to the sixteenth century. Some of Ireland’s finest historians offer fresh appraisals of the origins of the Geraldines (Seán Duffy); the role of Giraldus Cambrensis in shaping the self-image of his own family (Huw Pryce); the significance of the Geraldines as conquerors (Colin Veach), castle-builders (Linzi Simpson) and colonizers (Brendan Smith); the astonishing ramification of the family (Paul MacCotter); the ‘rebellious’ reputation of the first earl of Desmond (Robin Frame); and the brutal execution in 1468 of his great-grandson, the seventh earl of Desmond (Peter Crooks). The authors also investigate Geraldine engagement with Gaelic culture (Katharine Simms) and the culture of early Renaissance Europe (Aisling Byrne), as well as the family’s dealings with the native Irish (Sparky Booker), culminating in the remarkable career of the Great Earl (Steven G. Ellis) and the disastrous Desmond Rebellion (David Edwards). The book considers, too, the reception of the ‘myth’ of the Geraldines from the sixteenth century onwards, including the romance of ‘Silken Thomas’ (Ciaran Brady) and the battle for the legacy of the Geraldines in nineteenth-century Ireland (Ruairí Cullen). 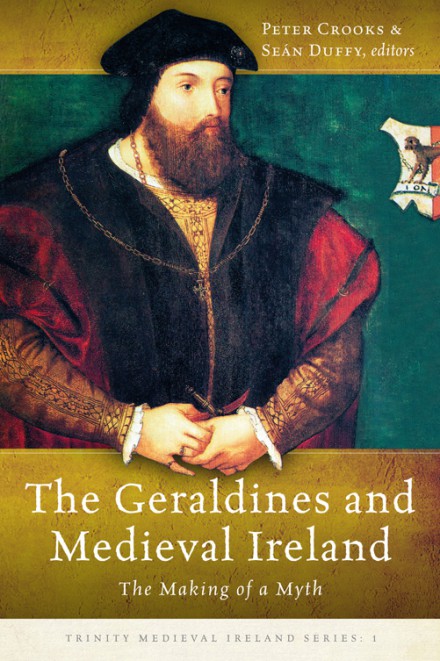