This study provides an in-depth look at the fascinating life of John Keane, who managed the Cappoquin estate in Co. Waterford during one of the most turbulent periods of Irish history.

John Keane (1873–1956) inherited the Cappoquin estate at the age of 19, just as he was commissioned into the army. His mother managed the property as he served in the Boer War and later as ADC to the Lord Lieutenant of Ireland.

After marrying, Keane returned to Waterford where he began to play a part in public life both as a supporter of Horace Plunkett’s Co-operative movement and on Waterford County Council, where he allied himself to William O’Brien’s All-for-Ireland League promoting Home Rule by consent. At the outbreak of World War I, he re-joined the army and his wife Eleanor took charge of the estate.

On returning to Ireland, he played a leading role for the Farmers’ Union during a prolonged and bitter strike by farm workers. The War of Independence raged in Munster but did not impinge on Cappoquin House directly. Subsequently, on the establishment of the Free State, Keane accepted Cosgrave’s nomination as an independent Senator. During the Civil War, senators were targeted; Cappoquin House was destroyed by fire in 1923. The Keanes sought compensation and restored the house.

Glascott Symes is a graduate of Trinity College Dublin in science and of Maynooth University in history. He was Deputy Headmaster of The King’s Hospital, Dublin and now lives in Durrow, Co. Laois. 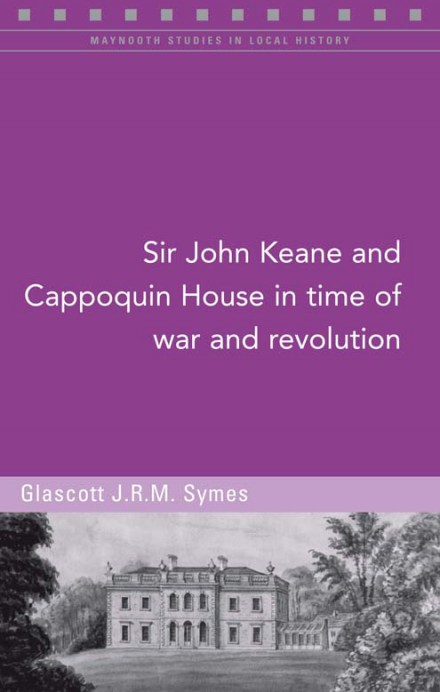