Richard II and the Irish kings

Most late-medieval kings of England showed little interest in their lordship of Ireland. They showed even less interest in the Gaelic Irish population of the island. Richard II, however, was different. This English monarch led two expeditions to Ireland, in 1394–5 and 1399. Once across the Irish Sea, Richard encountered a group of Gaelic Irish kings who were probably the most capable and talented of the entire late-medieval period. Of these chieftains the most prominent were Art MacMurchadha Caomhánach, king of the Leinster Mountains, and Niall Mór and Niall Óg Ó Néill, kings of Tyrone and high-kings of Ulster. Richard II ended up largely out-negotiated after his first expedition to the island, and unexpectedly outfought during his second. Returning to his English kingdom, Richard was deposed by his cousin, Henry, duke of Hereford, who became King Henry IV. This book is the story of these remarkable encounters between a late medieval English monarch and his reluctant Gaelic Irish vassals at the close of the 14th century.

Darren McGettigan is currently a tutor in School of History, UCD. He is the author of Red Hugh O'Donnell and the Nine Years War (2005) and The Battle of Clontarf, Good Friday 1014 (2013). 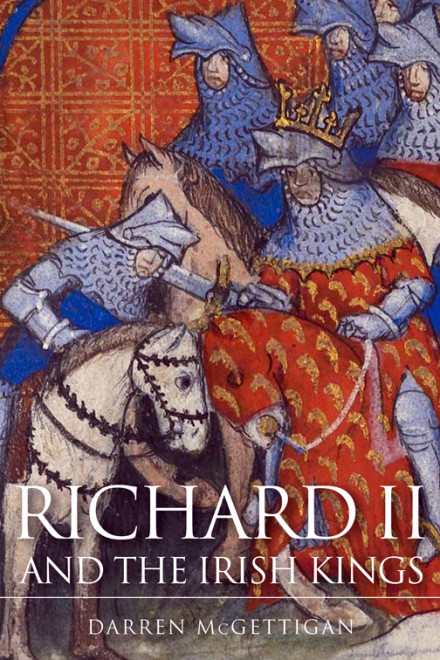