The materiality of devotion in late medieval northern Europe

This beautifully illustrated volume explores aspects of the devotional world of late medieval northern Europe, with a special emphasis on how people interacted with texts, images, artefacts and other instruments of piety at the level of the senses. It focuses on the materiality of medieval religion and the manner in which Christians were encouraged to engage their senses in their devotional practices: gazing, hearing, touching, tasting and committing to memory. In so doing, it brings together the ideals of medieval mystical writing and the increasingly tangible and material practice of piety, which would become characteristic of the period. This is the second volume of the European Network on the Instruments of Devotion (ENID) series.

Henning Laugerud is associate professor at the Department of Linguistics, Literary and Aesthetic Studies, University of Bergen. Salvador Ryan is professor of ecclesiastical history at St Patrick’s College, Maynooth. Laura Katrine Skinnebach is based at Aarhus University where she is the recent recipient of a Danish Research Council Postdoctoral Grant for Independent Research in the Humanities.

The European Network on the Instruments of Devotion (ENID) is an international research network coordinated from the University of Bergen, Norway. It focuses on the instrumentality of Christian piety and devotional practices, from the fourteenth-century Devotion Moderna to Vatican II in the twentieth century. Scholars from aesthetics, history, art history, literature, musicology, philosophy and theology form a cross-disciplinary group. The network consists of members from Greece, Poland, Italy, Belgium, the Netherlands, Great Britain, Ireland, Spain, Denmark and Norway. The previous volume in the series  Devotional Cultures of European Christianity, 1790–1960 (Henning Laugerud and Salvador Ryan, eds) was published by Four Courts Press in 2012. For more information, see http://enid.uib.no/ 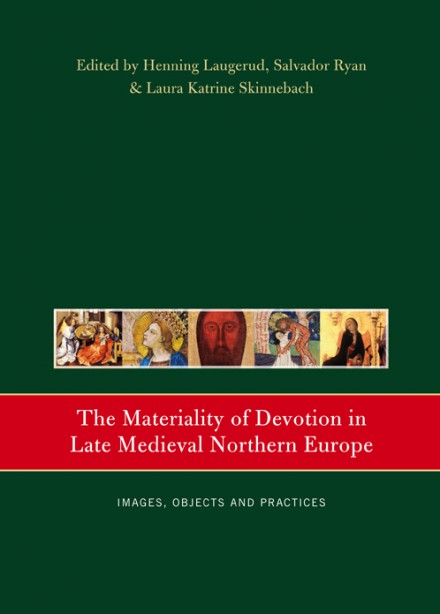