“The volume as a whole should provide an admirable stimulus to further work and a most useful aid for teaching.” Thomas Charles-Edwards. Cambrian Medieval Celtic Studies (Number. Winter 2020)

'This bulky volume ... contains only eight essays. it means that the author have been free to develop their ideas and arguments at length, without frustration for them or the reader – a possibility which has become rare indeed in recent edited collections: the editors and publisher must be congratulated ... all are scholarly contributions', Alban Gautier, The Medieval Review (2018).

‘With some fifteen illustrations, 30-odd pages of bibliography and an extensive index, this volume will long serve as a tool for further research … it was really a stroke of genius to bring the three disciplines together to examine a topic of vital interest to any medievalist concerned with the study of human history and prehistory, a.k.a “archaeology”', Raymond Cormier, Journal of Irish Archaeology (2016).

‘The eight studies united this volume … offer substantial and wide-ranging mini-monographs, mostly of some forty to sixty pages with extensive bibliography, covering the presentation of war, warrior and king, and the sense of identity of those engaged in warfare in the literature of early north-western Europe (with an excellent index)… This is a major contribution to a fundamental topic of early medieval culture', Medium Ævum (2017).

‘The essays reveal how the worlds of texts have their own conventions and boundaries, and may be oriented to achieve specific ends … [t]here are many […] nuggets to intrigue the non-specialist reader', Barbara Yorke, The Society for Medieval Archaeology.

'Theoretically informed and frequently providing novel insights into familiar sources, the essays collected here – some of them of considerable length – make a substantial contribution to  to our thinking about various aspects of the subject, both separately and in relation to one another. Furthermore, the collaboration evident, for example, in the discussion of the image of the warrior in the Book of Kells by both Charles Doherty and Rekdal, demonstrates the sorts of insight and progress that can be made through cooperative projects of the kind that led to its publication [...] It makes a valuable addition to the scholarship on a variety of topics and will be an important addition to the library of researchers in a variety of fields', Patrick Wadden, Celtica (2018).

'Kings and Warriors in early North-West Europe offers a range of perspective on other materials, such as Welsh poetry ... and Old Norse poetry and prose sagas', Denis Casey, Journal of the Royal Society of Antiquaries of Ireland (2016).

'[This book] serves as a collection which helps to highlight the commonalities and differences between the situations in these three distinct areas [The Celtic World, the Norse World, and the Anglo-Saxon world]... the volume as a whole serves as a basis for discussion on the nature of violence and authority that should interest those both within and without the field of medieval studies.' John Tighe, Forum for Medieval and Renaissance Studies in Ireland (2017-2018). 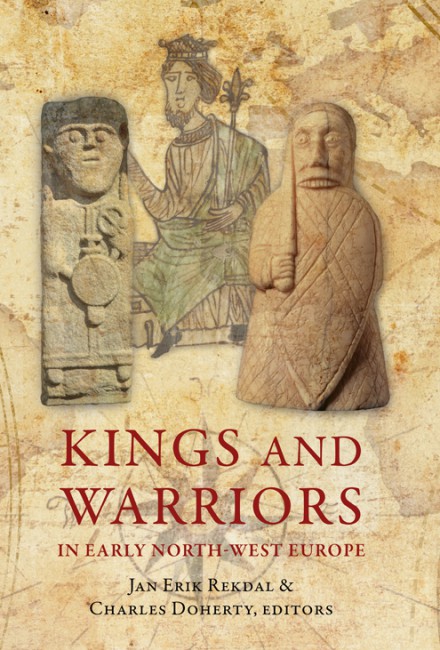