Surveyor Thomas Owen and the paving, cleansing and lighting of Georgian Dublin

The Dublin Paving Board (founded 1744) was a controversial organization that attempted to bring order to Dublin’s streets during the late eighteenth century. Granted sweeping powers by the Irish parliament, the Board tackled problems still familiar to modern Dubliners – traffic congestion, road works, waste removal, public lighting and the menace of anti-social behaviour. They attempted to stamp Georgian conformity and order on a city trying to shake its medieval image and move into the modern world.

Rocked by a series of political and financial scandals which saw both figurative and literal battles fought on the streets of the city and in the halls of power, this organization strained to fulfill its duties and to keep the ever growing city functional. This book follows the early years of the Dublin Paving Board from the view point of one of its key officers – surveyor Thomas Owen. A talented specialist, but with significant professional problems, Owen witnessed both events in the board room and on the streets, supplying information vital to improving the city and acting as a bridge – and a buffer – between the Paving Board’s commissioners and the citizens of Dublin.

This book examines the turbulent world of eighteenth-century Dublin from street level, focusing on the small group of men who tried to bring order to the city, charting the political and financial upheaval that followed in their wake. This richly-illustrated book is essential for a complete understanding of Georgian Dublin.

Who was Thomas Owen?
The talented by enigmatic architect, builder and surveyor Thomas Owen (d. 1788) played an important part in the improvement and management of Georgian Dublin. His work with the Dublin Paving Board, from 1774 until shortly before his death, provided expert technical advice and helped the organisation plan the tasks that lay in front of it. Despite his vital role and obvious skill, Owen at times could be troublesome, argumentative and dishonest, with disputes with his employers, peers and the residents of Dublin littering his career. Though a minor character in the city’s overall history, it is through his story that a picture of the capital’s vibrant eighteenth-century streets can be seen.


Author Finnian Ó Cionnaith is a practising land surveyor and has worked in a variety of surveying roles on three continents. He is the author of Mapping, measurement and metropolis: how land surveyors shaped eighteenth-century Dublin (2012). He received a PhD in history from Maynooth University in 2011. 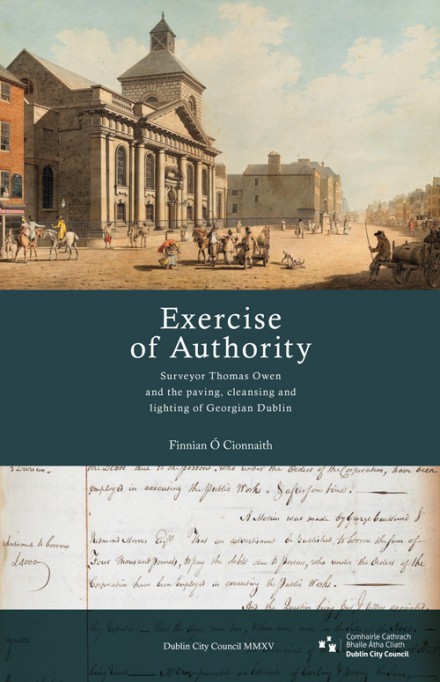