‘Provides an excellent, easily read, well-presented interrogation of the Proclamation. This is a very important study not only for the historian, lawyer or political scientist, but for the ordinary citizen to understand the Ireland imagined by its authors. Liam de Paor succinctly places the document in context as follows: “The purpose of the rising was to issue the Proclamation with sufficient force and courage to give it meaning. The purpose of the Proclamation was to rouse the nation and make it free and independent”’, Michael Merrigan, Ireland's Genealogical Gazette (November 2016).

‘This is a work of great import … The original text, written by the eminent historian and public intellectual, the late Liam de Paor, is reproduced verbatim. It is supplemented by a spirited introduction by W.J. McCormack and by an affectionate appreciation of de Paor by Michael Ryn, sometime director of the Chester Beatty Library’, Felix Larkin, The Irish Catholic (2017). 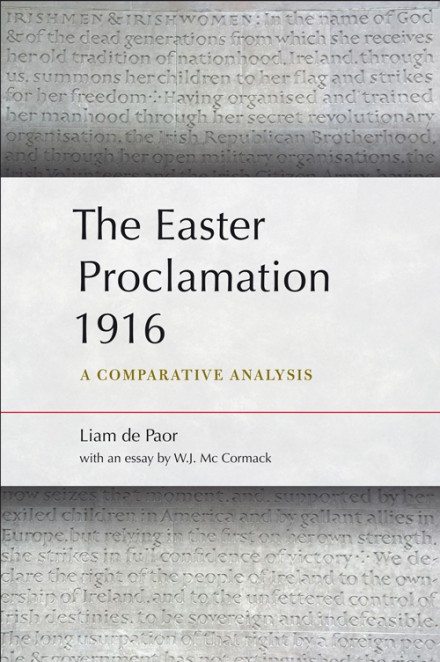