Dublin City Council and the 1916 Rising

The Easter Rising mostly took place in Ireland’s capital city and directly impacted on Dublin City Council. Some fighting occurred in sites belonging to the council, including City Hall itself, while some employees of the council fought in the Rising; other employees were tasked with trying to deal with the aftermath.

This collection of essays is the first detailed study to examine the impact of Dublin City Council on the 1916 Rising and in turn its effects on the council. It features an analysis of the political background of the elected council, which, although it included members from Labour and Sinn Féin, also contained members from the Irish Party and unionists. It also includes a full list of council employees who fought in the Easter Rising.

A number of elected members of Dublin City Council fought in 1916, including Councillor Richard O’Carroll, who fought with the Irish Volunteers at an outpost of Jacob’s Factory. Two of the men executed after the Rising – Eamonn Ceannt and John MacBride – were council employees. Ceannt, also known as Edmund T. Kent, was a valued employee in the Rates Department, while Major MacBride was the city’s Water-Bailiff. City Hall, the Corporation’s premier building, was garrisoned on Easter Monday by the Irish Citizen Army under Captain Sean Connolly, who in civilian life was an official in the Motor Registration Department; his brother Joseph Connolly, a member of Dublin Fire Brigade, fought with Michael Mallin and Countess Markiewicz at the College of Surgeons. Staff of Dublin Public Libraries also played an active role in communications during the Rising.

This wide-ranging book is essential for a complete understanding of the 1916 Rising, providing a fresh and accessible perspective on this iconic event from a novel point of view.

John Gibney is a graduate of Trinity College, Dublin and the author of several books on Irish history. He has been a research fellow at the University of Notre Dame and NUI Galway. In 2012 he produced the acclaimed RTÉ Radio 1 documentary The Animal Gangs (broadcast July 2012) on the folklore of inner city Dublin. He has worked in heritage tourism in Dublin since 2001. 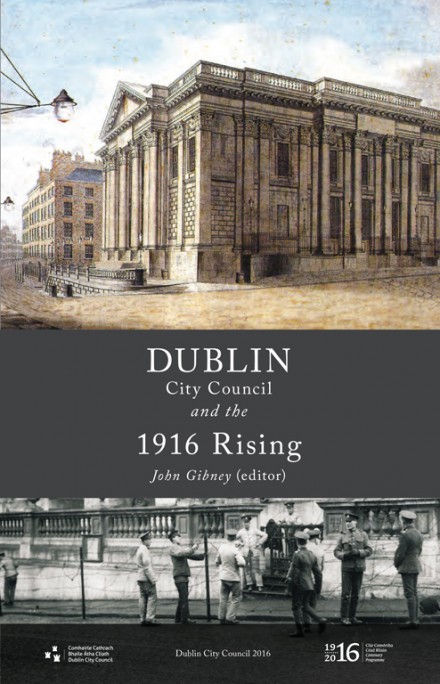