Housing occupies more land than any other urban use and it helps define the character of any city. Dublin continued to expand its footprint during the 1950s and quickly spilled over into the county area. Dubliners favoured a low-density city, and a three- or four-bedroomed house with a garden and perhaps space for a car was seen as the norm. Dublin Corporation was an active house builder, though it slowed its housing provision for some years in the late 1950s, and large developments appeared on the northern edge of the city where most land was available. This was also the period when home ownership became much more common in the private market and the scale of house building, largely in the southern suburbs, reflected a growing city and a more confident economy. Builders sought to construct estates but without an ‘estate look’ and turned to the US for inspiration. Up to the 1960s, flats were largely a phenomenon of the inner city and were mainly build by Dublin Corporation. A private-sector market in flats began to emerge in the late 1950s but growth was slow with imagination often lacking in developments, which were mostly located on the southside. The big housing experiment of the period was with system building and high-rise on the periphery of the city in Ballymun and, for a time, it seemed as this approach would come to dominate future provision in both public and private sectors. These and other issues are explored in this latest volume in The Making of Dublin City series which, as usual, is enhanced by a significant number of illustrations.

Joseph Brady is a geographer and former dean of Arts in University College Dublin. He is also a series editor of The Making of Dublin City. 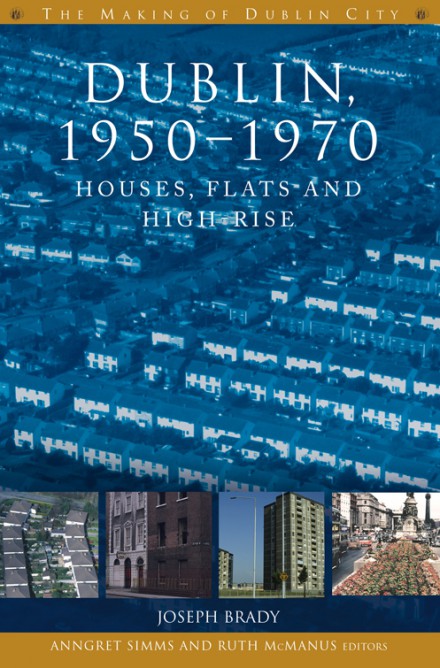