Following on from volume 1 on new unionism and old (1889–1906), volume 2 reviews the impact of Larkinism and syndicalism on Derry. After impressive progress in the 19th century, Derry’s industrial growth started to falter after 1904. Wages stagnated, prices rose relentlessly, and thousands of workers in the shirt-factories and on the docks grew restless. The city seemed ripe for one of the Larkinite revolts that shook Irish cities in the early 20th-century, from Belfast in 1907 to Dublin in 1913. However, unions in Derry – and local Labour leaders like James McCarron – had their own agenda.

The First World War eventually brought both an economic boom and renewed militancy. Capitalism was confronted with a deadly cocktail of food and labour shortages, price and wage inflation, a discrediting of the ruling elites for blundering into a catastrophic war, and revolution at home and abroad. Irish Labour responded by reviving Larkinism and developing it into syndicalism. The Derry trades council struggled to reconcile the radical challenge from Peadar O’Donnell and the ITGWU with the more conservative policies of existing unions, all against the backdrop of the independence campaign, Unionist counter-mobilization, a miniature civil war in the city, a disastrous economic slump in 1920, and partition.

Emmet O’Connor lectures in history in Ulster University and has published widely on labour history, including Derry Labour in the Age of Agitation, Volume 1: New Unionism and Old, 1889–1906 (Four Courts, 2014), and Big Jim Larkin: Hero or Wrecker? (UCD Press, 2015). 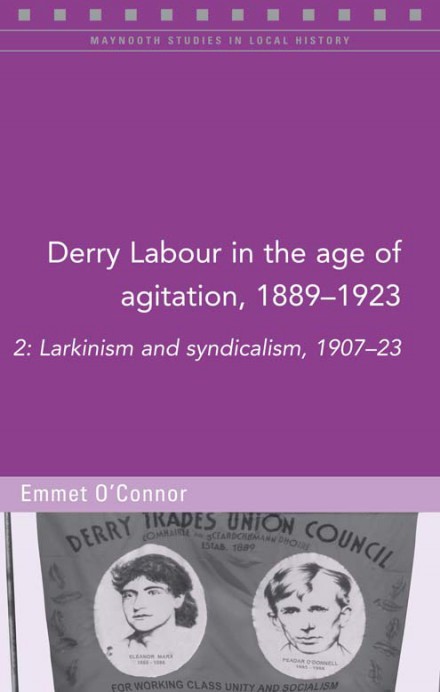