Catholics in Ireland and England campaigning for relief from the penal laws, and later, for emancipation, were obliged to deal with the Holy See and the governments in Dublin and London. In return for concessions, the governments required them to provide 'securities' in the form of oaths that included allegiance to King George III and his successors and a rejection of the alleged 'claims' of the papacy which could be used to the detriment of the lawful authority of the British crown. The crown also sought the right to veto candidates for the episcopate whom it deemed unsuitable. These demands met with varying responses from the bishops of Ireland, the vicars apostolic of England, the Catholic laity in Ireland and England and the Holy See. Differences of opinion emerged between the conservative aristocrats and gentry in England, who were keen to take their seats in parliament, and the middle class activists in Ireland, who opposed the interference of the state in their religious affairs. This study examines these issues and the complex relationships between the Holy See, the bishops, the vicars apostolic and the Catholic committees.

Ambrose Macaulay was a priest of the diocese of Down and Connor. His previous publications include The Holy See, British policy and the plan of campaign in Ireland, 1885–93 (2002) and Patrick McAlister, bishop of Down and Connor, 1886–95 (2006). 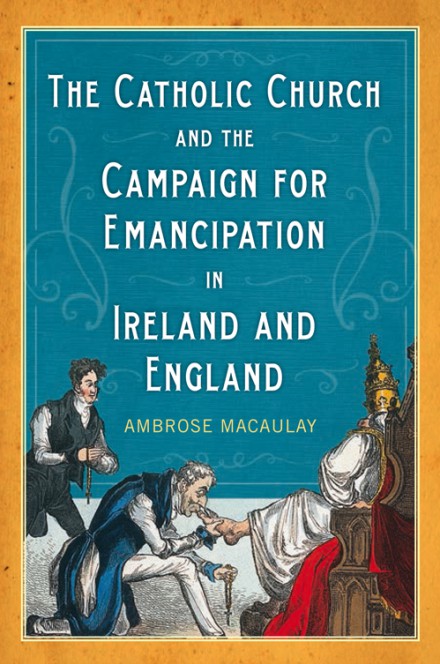