The Revd Thomas Goff (1772–1844) was a landlord and Church of Ireland minister in early-19th-century Ireland. He kept a personal diary for almost 50 years where he recorded an unfiltered account of his apprehensions and attitudes to matters both quotidian and profound. This book uses the diaries to reconstruct Goff in the context of his times and to explore his politics, his religion and also his property dealings. The insights gained from his story are used in an attempt to understand the outlook and opinions of the wider Protestant community. He viewed the world through the lens of a sincere and deeply felt faith which he saw as a bastion against both Catholicism and dissenting Protestantism; this belief moulded his political viewpoint. As a Loyalist and conservative he perceived Daniel O’Connell to be a real and credible threat to the very existence of that community. Goff and his community had huge power and influence but they felt embattled and isolated. Consequently they lacked the vision to formulate the change which might have averted, or at least diminished, the catastrophe which was about to befall Ireland.

David Doyle holds an MA in Local History from Maynooth University and is from Dublin. He works in academic administration in IADT where he can see the Revd Goff’s house from his window. 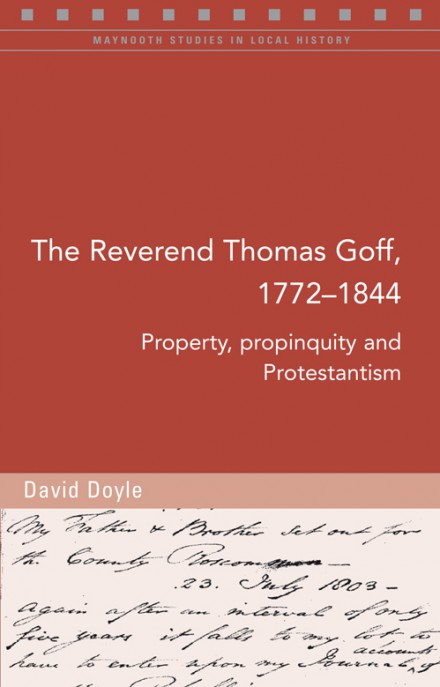