East Galway agrarian agitation and the burning of Ballydugan House, 1922

This book is based on the burning of Ballydugan house in 1922, a middle-sized country house on a 1,500-acre estate near Loughrea in east county Galway. The background to the burning of Michael Henry Burke’s house is charted alongside the rise of land agitation and unrest in east Galway. With branches all over each Galway, the Land League and the United Irish League voiced the disquiet of land-hungry tenants and sought relief for its landless members. At Ballydugan, the collective expression and systematic protest for the transfer of land ownership included boycotting, landlord intimidation, cattle drives and damage to property. This book also offers a unique insight into the often unheard of landlord experience and perspective on agitation offered by Burke’s granddaughter, Mrs Claire Besnyoe. Her recollections and reflections on the family’s decision to remain as landowners in the new Irish state and beyond, bring a distinctive element to this study. The consequences of the Burkes continued occupancy were not anticipated by the agitating Ballydugan tenants and the ownership of this estate continued to be a source of ongoing contention for several decades afterwards.

Ann O’Riordan is a native of east Galway who works in education. She holds an MA in Historic House Studies from Maynooth University. 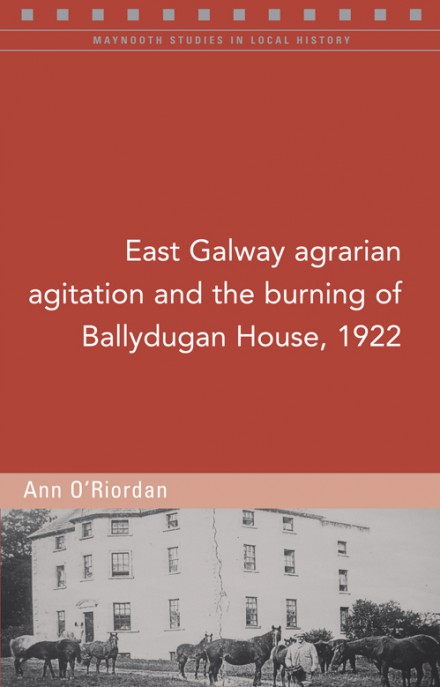