The Knights Hospitaller and the Knights Templar in medieval Ireland

‘Soldiers of Christ is a superb collection of essays on the activities of the Military and Hospitaller Orders in Ireland from their rise in the twelfth century to their decline in the mid-sixteenth-century. This collection provides an unprecedented, all encompassing scholar research, which ranges form an assessment of the orders’ political, administrative, economic, pastoral and religious activities to an examination of their  main archaeological sites in the Celtic island … what makes this book stand out from a stylistic perspective is its being written in such an accessible way that it will appeal to casual readers and historians alike’, Antonio Battagliotti, Open History (2016).

‘Soldiers of Christ sheds new light on the Military Orders in Ireland, the Christian territory furthest from their original mission in the Holy Land … Soldiers of Christ makes it very clear that the Irish houses of the military orders, while late to emerge in comparison to those in Europe, nonetheless offer a compelling case study. They present an iteration of the military orders in a non-military capacity, yet still an extension of a colonial occupier in a hostile but familiar European territory. Their operation in this theater then required subtlety and innovation, traits that make the study of the properties and vocations of the military orders as interesting as any of their crusading exploits’, Michael J. Peixoto, Speculum (July 2018).

'Even as the last three decades have seen an extraordinary proliferation of scholarship on the military orders, the foundations of the Templars and Hospitallers in Ireland have attracted relatively little attention ... This carefully edited and wide-ranging colelction of essays ... takes an important step towards rectifying this situation. It should appeal to historians of the international military orders, as well as specialists in medieval Irish history, architecture and archaeology', Katherine Allen Smith, Journal of Medieval Monastic Studies (2017).

‘Soldiers of Christ fills several gaps in the Irish history of these orders. The published proceedings of the Third Glenstal History Conference in 2014, Soldiers of Christ rewards experts and novices alike with helpful supplemental materials including maps, illustrations and a glossary … Overall, Soldiers of Christ offers an invaluable overview that greatly enhances understanding of Templar and Hospitaller history in Ireland', Maeve Callan, Studia Hibernia (2017)

‘This beautifully produced volume contains the major papers on the two largest medieval military orders, the Knights Hospitaller and the Knights Templar, in Ireland … This book has been stylishly produced by Four Courts Press, which makes it a real pleasure to read', Terry Barry, Renaissance Quarterly (2017).

‘Here is a breath of fresh air, which gives many fascinating insights into the history of the Templars and the Hospitallers in Ireland, a subject little studied until a recent date, but which can be now seen as of great importance to Church and state in Norman times. They emerge as among the most influential orders of the day’, Peter Costello, Irish Catholic (2016).

‘The editors of the volume deserve thanks and plaudits … It remedies a serious gap in our knowledge and understanding of both orders and their impact on medieval Ireland … the contributors, both established academics and emerging scholars, have through their research, analysis and comparative studies managed to enhance our knowledge of this hitherto neglected aspect of Irish monastic history to an impressive degree’, Liam Irwin, North Munster Antiquarian Journal (2016).

‘The authors have pieced together what previously had been an all too fragmentary account of this significant aspect of medieval and Tudor history in Ireland … The dearth in Ireland of primary sources on the military Orders and the paucity of structural remains, combined with an inherited and, I think, unmerited antipathy towards them by both Gael and Anglo-Irish, resulted in a latent academic interest in their role in Ireland. I believe that this collection of insightful essays provides the required stimulus to put an erudite termination to this academic torpor’, Hugh P. Kennedy, Irish Theological Quarterly (2016).

‘If you want to get accurate information about the Knights Templar and Knights Hospitaller, I suggest that you forget about Dan Brown and read this book instead’, Liam Kelly, Breifne (2016).

‘A very welcome addition to the growing body of scholarship on the religious orders of medieval Ireland … It presents an interesting and varied mix of topic relating to both the Knights Templars and Knights Hospitallers in Ireland … it is a well-edited publication that will be an important reference source for many years to come … The book is a mine of information that will reward the medieval scholar, as well as those with an interest in local studies in Ireland', Griffin Murray, Journal of the Cork Historical and  Archaeological Society.

' ... this is the first collection to look at both orders in Ireland. It is a welcome update to the field which still largely relies  on older works by Herbert Wood and others and fills a real gap in the scholarship for historians of the orders and of medieval Ireland ... This collection's strength lies in its chronological breadth and the balance of discussion here between the two orders, the themes chosen reflective of the surviving evidence for both.', Kathryn Hurlock, Irish Historical Studies (May 2019) 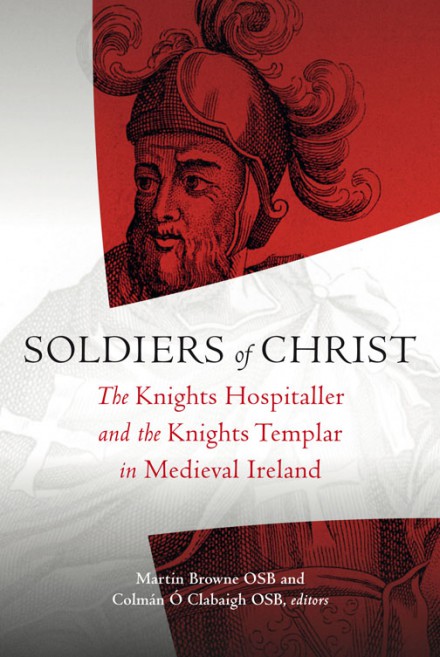