Custom and conflict in a baronial town

‘Sheds important and rare light on the ancient customs of medieval towns, illuminating their place within the broader context of feudal society and highlighting the phasing out of ancient customary traditions in the early modern period’, Family & Community History (October 2016).

‘The book is amply referenced and contains an interesting image of a 1711 map of Gowran. Empey clearly is a devoted historian and he shows this in what is a very engaging short book’, Church of Ireland Gazette (March 2016).

‘Adrian Empey’s work on Gowran reflects the doggedness of the historian in trying to capture the essence of a community when there is but a fragmented documentary record … While fundamental change took place between 1190 and 1610, the claims of the earls of Ormond remained unchanged throughout, and this book highlights the power of feudalism in medieval Ireland’, Brian Casey, Irish Literary Supplement (Spring 2017).

‘The Maynooth Studies in Local History have brought about a quiet revolution in Irish local studies, and have changed the larger landscape too. Working from fascinating and little-known sources, and mobilizing the resources of energetic and imaginative scholarship, an extraordinary range of subjects has been identified, illuminated, and brought into focus. These 100 publications not only explore little-known local episodes and phenomena; they constitute a major contribution to the mainstream of Irish history’, R.F. Foster. 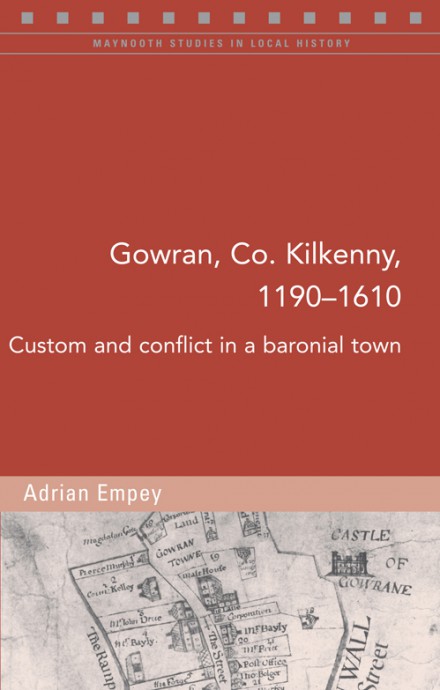