Crime in the city

This book investigates crime and sentencing at petty sessions, quarter sessions and assizes in Kilkenny city in 1845. It begins with an examination of life in the city in the period immediately prior to the Famine. Through a review of existing sanitary accounts, the census and records of local and central government, levels of unemployment, housing and population density are studied in order to determine if living conditions were factors in levels and types of crime. The justice system at the time and the role and development of the courts are examined. A thorough account of crime and sentencing is presented that recidivism, the act of repeat offending, was harshly punished as was the theft of personal property, which resulted in five individuals being sentenced to transportation. Vagrancy, petty crime and drunkenness were rife but overall the city was in a very peaceable condition immediately prior to the devastation of the Famine.

Fergal Donoghue holds an MA in Local History from Maynooth University where he is currently undertaking a PhD. He lives in Kilkenny city and has spent much of his career as an archaeologist. 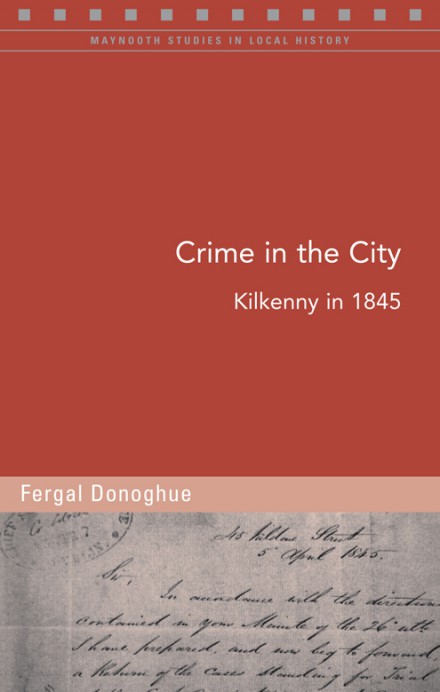