Essays on medieval Ireland in honour of Donnchadh Ó Corráin

‘It should be very difficult to capture the contribution and impact of a scholar and teacher such as Donnchadh Ó Corráin. Yet, this publication’s four editors and forty-five contributors accomplish this with all the dynamism and imagination of the honorand himself … This is a collection that sets a high standard for similar works to follow … a work of such high quality as befits the scholarly principles and ideals of its honorand. This will ensure a happy home for the publication on the shelves of all those studying early Ireland, no matter their discipline’, Shane Lordan, Journal of the RSAI (2014–2015).

‘This is a truly impressive collection of papers to honour the life and achievements of a truly impressive medievalist, whose personality pervades the whole volume … Donnchadh Ó Corráin, Professor Emeritus of Medieval History at UCC, is hailed in the preface as “a man of many parts: scholar, teacher, editor, innovator, bibliographer and educationalist”. To celebrate the breadth and depth of these achievements, the editors have assembled a magnificent volume which covers a wide range of topics, reflecting the research interests of one of the leading historians of his generation … contributions from many of those at the forefront of medieval studies in Ireland … This is a rich feast of scholarship for anyone with an interest in Irish history, medieval studies, archaeology, hagiography, genealogy, Irish language and literature; indeed, every aspect of Irish culture from the early Middle Ages right up to the present time … The editors have assembled a truly formidable work of scholarship, impressively rich in every aspect of medieval studies in Ireland. This compilation of writings of some of the leading scholars in their respective fields is both a labour of love for a friend and colleague and a work of the highest and most rigorous scholarship. It cannot be recommended too highly’, Patricia Rumsey, Studia Hibernica (2016).

‘Clerics, Kings and Vikings celebrates the career of Donchadh Ó Corráin, Professor Emeritus of Medieval History at University College Cork, who for many years has been considered a doyen of early medieval Irish studies, particularly ecclesiastical and political history and Irish-Scandinavian relations. It consists of forty-four contributions, in addition to tributes from a former colleague and a former student … English is the main language, but [the book] also has contributions in Irish … The editors of this festschrift are to be commended for bringing their substantial project to fruition, which is a fitting testimony to the esteem they possess for the honorand’, Denis Casey, Early Medieval Europe (2017).

‘This volume presents a wide ranging collection of essays on medieval history, archaeology, language and literature relating to Ireland. Its breadth and scholarship are a suitable tribute to Donnchadh Ó Corráin, whose name will be remembered in future generations for his advancement of the interdisciplinary fields of medieval Irish studies. The editing of such a mammoth work is an ambitious task and has been expertly done … This volume, in its scope, ambitions and ideas, is a suitable reflection on it’s honorand’s impressive scholarship and legacy’, Clare Downham, Journal of the Cork Historical and Archaeological Society (2016).

‘This volume represents a phenomenal achievement in medieval Irish scholarship and will be consulted by scholars on a range of topics for years to come’, History Ireland (Sept/Oct 2015).

‘Taken together these represent some of the most interesting work currently being done about Ireland’s place in the wider Viking world’, Judith Jesch, International Journal of Maritime History (2016).

‘In this volume of essays produced in Donnchadh O Corráin’s honor, the full range of his interests is on display. There are forty-four papers across all the disciplines that have benefited from his work, with a chronological coverage from the seventh to the twentieth centuries … The volume leaves the reader in no doubt about the honorand’s creative impact on Irish Studies as a pioneer both in established fields of scholarship as well as in harnessing new technology … An immense amount of work must have gone into planning and marshaling such a large and varied number of contributions and preparing them for publication – further testament to the esteem in which Donnchadh Ó Corráin is held. The editors of this volume deserve our thanks for their labours and for producing such a magnificent monument in recognition of so outstanding a scholar’, Dauvit Broun, Eolas (2016).

‘This festschrift ... is a glowing tribute to a distinguished scholarly legacy … The editors … have produced an excellent publication, a fitting tribute to one of Ireland’s most prominent scholars. Clerics, kings and Vikings will appeal to a wide audience, both specialist and non-specialist. The broad range of essays included in this publication will be of interest to students of history, Celtic Studies, Latin, archaeology, and linguistics, to name but a few disciplines … established scholars, postgraduates, undergraduates and general readers will each find this book an engaging, stimulating read', Simon Egan, Óenach: FMRSI Review (2016).

‘No student of medieval Ireland can fail to be aware of Donnchadh Ó Corráin’s highly influential work … This festschrift contains no fewer than forty-four articles on wildly varying subjects … There is something here for everyone’, Freya Verstraten Veach, Irish Literary Supplement (Fall 2016).

‘I was hugely impressed by the quality of the publication and the absolutely wonderful range and variety of the essays … The quality of the essays is as befits such a publication and many are wonderfully illustrated with some full colour plates … For anyone with an interest in the subjects covered, this volume is certainly a “must buy”’, Michael Merrigan, Ireland's Genealogical Gazette (Sept. 2015).

‘A bumper volume covering a wide range of material on medieval topics. More than 40 authors have contributed 44 papers reflecting Ó Corráin’s interests and scholarship … the comprehensive coverage of the medieval subject-matter reflects the diligence of the editors in composing this book … There are many highlights in the content’, Tom Condit, Archaeology Ireland (Autumn 2015).

'The contribution of Professor Ó Corráin  to the various fields of study of early Ireland has been without parallel ... The quality of the contributions [of this book] means that it will be an essential part of the library of any individual interested in early Ireland, students and professional academics alike, for years to come. The editors are to be congratulated for producing such a fitting tribute to a great scholar', Patrick Wadden, Cambridge Medieval Celtic Studies. 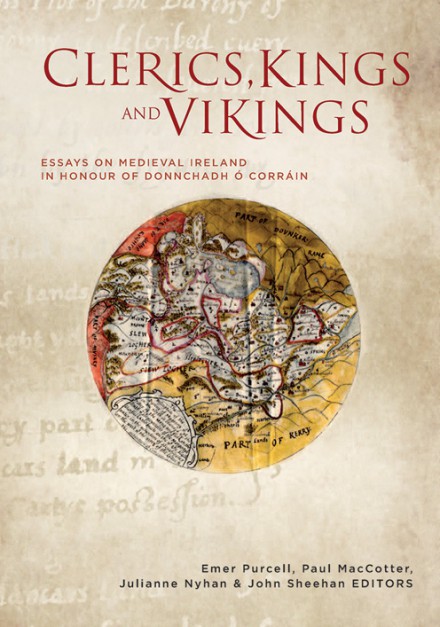 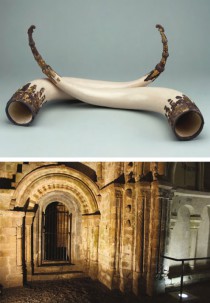 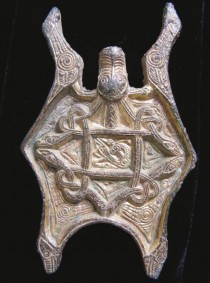