Agriculture and settlement in Ireland

‘If you are looking for a book that covers Irish farming from the 5th century (before the days St Patrick banished the snakes from Ireland!) to within the last couple of centuries, Agriculture and Settlement in Ireland is the book for you … there’s much to enjoy and discover as the writers analyse statistics, maps, letters, receipts and much more from all over Ireland’s history … I would really recommend it to anyone who is interested in Irish social and farming history. It is well researched and the writing style is very accessible with reams of information within each chapters. There are so many nuggets of information on so many different parts of Ireland’, Lorna Sixsmith, Irish Farmerette blog (December 2015).

‘An excellent overview of the development of Irish agriculture and its impact on and relationships to settlement’, Duncan Berryman, Medieval Settlement Research (2016).

‘Containing eight essays examining such diverse topics in the spread of Neolithic pastoralism, the medieval focus on tillage and the agricultural revolution of the eighteenth century, the book demonstrates that academic scholarship can still be lively and readable’, History Ireland (Sept/Oct 2015).

‘The book is most attractively produced and copious references at the foot of many pages are easily readable so as to effectively buttress the pieces they accompany. The illustrations are well prepared … Here then, we have a precise and pertinent benchmark statement of where we are in our understanding of the dynamic relationships between agriculture and settlement in Ireland … All in all, it is a volume of considerable merit to which many will turn for inspiration’, Patrick O'Flanagan, Irish Economic and Social History (2016).

‘Given the ongoing international debate on the DNA evidence pointing to several possible maritime routes for the earliest settlement of Ireland from various parts of mainland Europe, a new book should be of considerable interest in exploring the settlement of Ireland from the point of ‘landscape archaeology’. This excellently researched collection of essays deals with the period from the Neolithic, the subject of much current debate regarding early settlement, to the eighteenth century … An excellent bibliography is provided’, Michael Merrigan, Ireland's Genealogical Gazette (July 2015).

‘This book provides an excellent overview of the development of Irish agriculture and its impact on settlement. It will appeal to anyone who has an interest in these topics or the Irish landscape in general. It’s often commented how farming effects the landscape, but rarely does a book bring together the two subjects so closely’, Duncan Berryman, Ulster Archaeological Society newsletter (Autumn 2015). 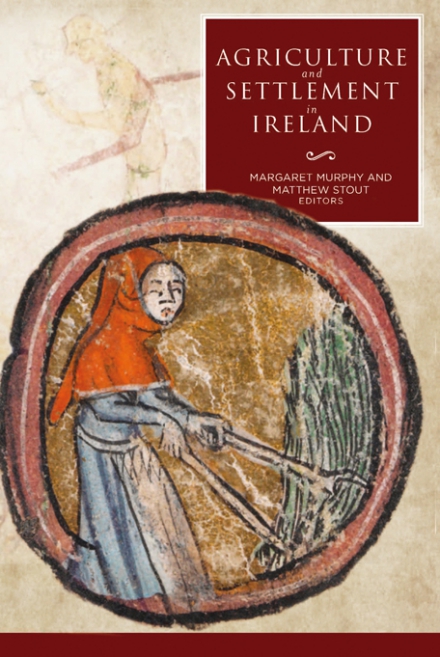