Ireland’s part in the First World War is now receiving long-overdue acknowledgment. The role of Irish women, however, is less well detailed. The diaries of Emma Duffin, born in Belfast, educated at Cheltenham Ladies College, vividly describe her experiences as a Voluntary Aid Detachment nurse caring for wounded soldiers brought directly from the battlefield. Sent initially to Egypt, where she tended soldiers, many Irish and Australian, invalided from Gallipoli, she served in northern France from immediately prior to the Battle of the Somme to the Armistice in 1918. She had spent a year in Germany just before the war and what makes her observations all the more poignant is her ability to communicate, more sympathetically than her colleagues, with hospitalized German prisoners. Emma Duffin’s journals remain an honest yet caring record of the human cost of an unparalleled conflict in which millions died and millions more were wounded. Her final entry reflects tenderly on the soldiers she unceasingly nursed – ‘I was their sister in both senses’.

Trevor Parkhill is a former Keeper of History, Ulster Museum, Belfast. He was previously an archivist, initially with the Irish Manuscripts Commission, Dublin, and then with the Public Record Office of Northern Ireland. He is editor of Familia: Ulster Genealogical Review. 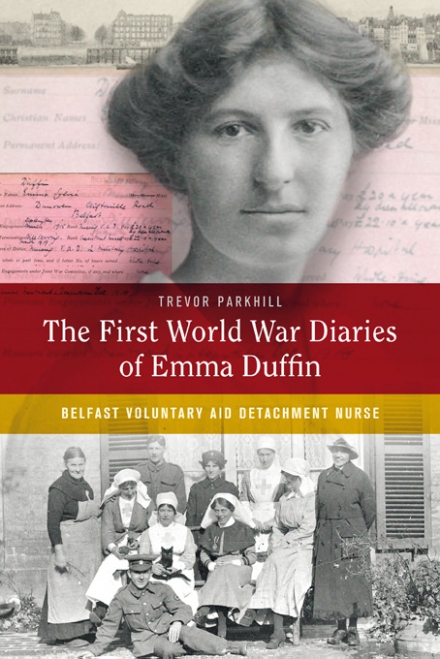