The Law School of UCD has been a key centre of legal education and research since its establishment as the Faculty of Law in 1909. The staff, students and alumni of the School have contributed extensively to the political, economic and cultural life of Ireland and beyond. In this volume, Professor Nial Osborough, a former Dean of Law at UCD, investigates the internal history of the School, ranging between its origins and survival as a distinct unit, its staffing and educational programmes, student and faculty life, the governance and decision making structures, its physical environment and law library, and the relationship of the School to the University and the wider world. Focusing on the period up to the early 2000s, Professor Osborough enhances understanding of the challenges of legal education and research and how they have been overcome so as to sustain and develop the position of the Law School as an internationally recognised centre of excellence.

W.N. Osborough is Emeritus Professor of Jurisprudence and Legal History, University College, Dublin, and the author of Borstal in Ireland (1975), Law and the Emergence of Modern Dublin (1996), Studies in Irish Legal History (1999), Literature, Judges and the Law (2008) and (forthcoming) A Legal History for the Irish Stage. 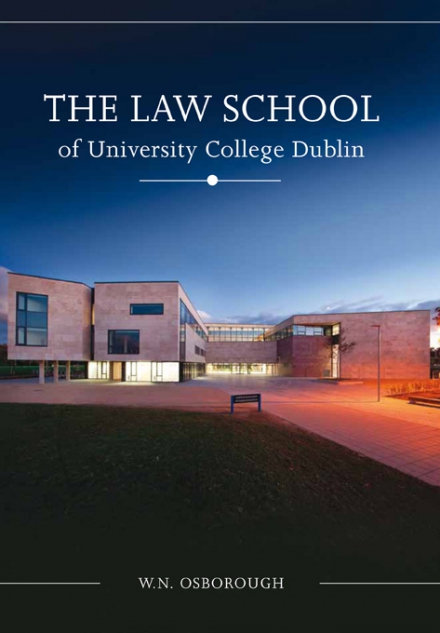