The case of King's County

Land agents have been stereotypically represented in Irish history as alien, capricious and in general the tormentors of the tenantry. However, to date, no definitive examination exists of the social background, education and training of land agents as a group. With the exception of a mere handful of men, such as William Steuart Trench, Charles Boycott and Samuel Hussey, land agents remain both a taboo and unknown within Irish historiography. But how accurate are such representations? How qualified or equipped were agents to deal with the challenges that the mid-19th century, and the Famine in particular, brought? Having identified over 100 men who acted as land agents during the period 1830 to 1860, this study examines the role and function of the agency during a time when their skills and qualifications were truly tested.

Ciarán Reilly is a postdoctoral research fellow at the Centre for the Study of Historic Irish Houses and Estates at NUI Maynooth. He is the author of John Plunket Joly and the Great Famine in King’s County (2012). 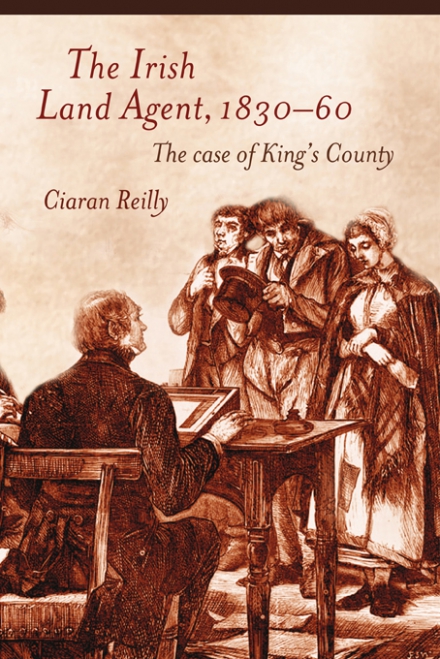