Strokestown and the Great Irish Famine

‘The large quantity of records documenting the famine period allow graphic description of how the famine affected “more than 10,000 people who experienced famine at first-hand and who were witness to hunger, eviction, emigration and death”. Colour reproductions of key documents, photographs and other sources are used with great effect throughout, bringing to life the narrative of the text to demonstrate the realities of the unfolding humanitarian crisis in its local context … this book provides a significant educative resource for those wishing to learn more about the complexities of Irish society during the famine period, and also the enduring legacy of a landed estate – the big house, the family and most significantly the wider society in which it existed … the book will provide a comprehensive teaching resource for second and third-level teachers wishing to introduce the complexities of the famine experience to their students … [a] worthy production’, Susan Hood, Irish Literary Supplement (Fall 2016).


‘The value of any historical account arises not only from its veracity, detail and clear delivery, but also from its engaging presentation; this book delivers it all! … Ciarán Reilly provides astounding insights into the lives of landless labourers and their families just before and during the horrific Great Famine. Of particular note is the volume of old photos, illustrations, documents and drawings that grace many pages … Reilly includes copies of documents that tell their own stories, and personality profiles reveal much more than mere data; individuals’ motives, grudges and goals prove fascinating’, Mary McWay Seaman, Celtic Connection (June 2015).

‘An insight into the varied experiences of famine gleaned from the records of those who inhabited the Strokestown estate in the 1840s’, J. Anthony Gaughan, The Irish Catholic (January 2015).

‘Reilly’s presentation is multi-layered and rich. A reader must take time with each page and each image …The book is a handsome one and it is loaded with dozens of images of Mahon documents that are large enough to read if you can make out the old-fashioned handwriting. The number and variety of images in itself is a tribute to the author and the publisher’, Mary Lee Dunn, The Bonfire: Newsletter of the Ballykilcline Society (Spring 2015).

‘Reilly’s book shines in two respects; its exploration of various experiences on the ground during the Famine, and its clear presentation of the topic’s basic facts … Reilly balances background information and primary material in a clear, logical format. Almost every page is dominated by a large illustration or document which adds colour or context to the Strokestown case study. Single-page addendums provide essential contextual information to unfamiliar readers’, Daniel Panneton, Liverpool Postgraduate Journal of Irish Studies (February 2016).

‘Strokestown in Roscommon is the home of the National Famine Museum, located in Strokestown Park House. The house also comes with an exceptionally rich archive of over 50,000 items belonging to the Mahon family, the former occupants … Reilly’s book describes itself as an introduction to the archive but it also serves as a very impressive microhistory that covers a great deal. It should be said that Four Courts Press have done a very impressive job of producing this beautiful and copiously illustrated study’, History Ireland (March/April 2015).

‘Reilly uses estate documents in the Strokestown Park House Archive to illuminate the lives of both the wealthy and the poor during the Great Irish Famine of the 1840s. He discusses various related subjects such as Strokestown on the eve of the Famine, early relief efforts 1846–47, changing attitudes on the Mahon estate, assisted emigration in practice, the murder of Major Mahon, post-famine Strokestown, and social memory and culpability’, Ringgold (March 2015). 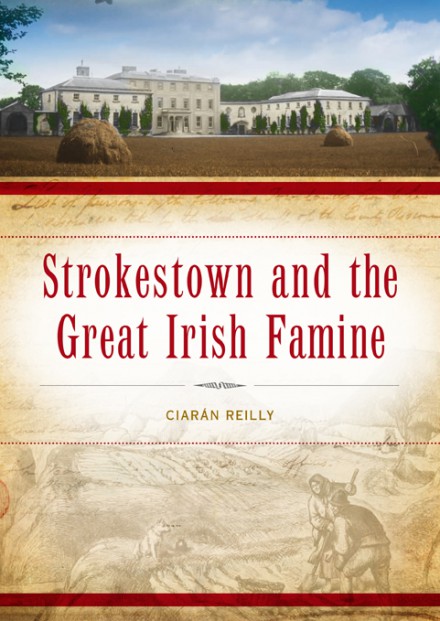 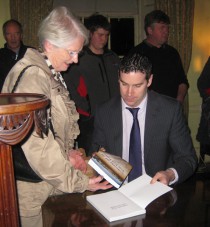 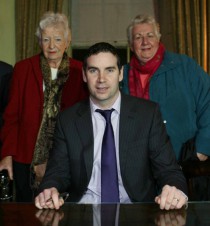