1. Self help and mutual aid

Philanthropy and poor relief before the poor law, 1801–30
Mel Cousins

‘The best relief the poor can receive is from themselves’: the Society for Promoting the Comforts of the Poor
Laurence M. Geary

‘The monster misery of Ireland’: landlord paternalism and the 1822 famine in the West
Conor McNamara

Pecuniary assistance for poverty and emigration: the politics of landed estate management and philanthropy in mid-nineteenth-century Ireland
Joanne McEntee

‘Guinness is good for you’: experiments in workers’ housing and public amenities by the Guinness Brewery and Guinness/Iveagh Trust, 1872–1915
Linda King

‘A person of the second order’: the plight of the intellectually disabled in nineteenth-century Ireland
Oonagh Walsh

‘Saver of the children’: the National Society for the Prevention of Cruelty to Children in Ireland, 1889–1921
Sarah-Anne Buckley

Doing good and being bad in Victorian Ireland: some literary and evolutionary perspectives
John Wilson Foster 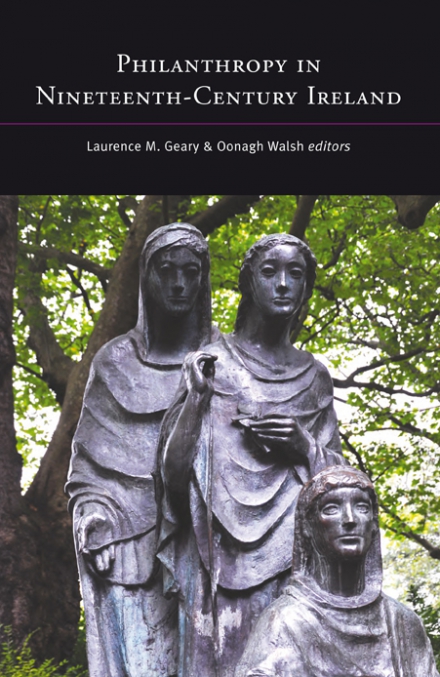