Periodicals and journalism in twentieth-century Ireland

This book explores the links between Irish periodical journals of the twentieth century and journalism. From the early 1900s onwards, journals advocating an Irish–Ireland, a republican Ireland, a workers’ republic, a Catholic Ireland, as well as journals promoting the Irish language, the co-operative movement and the rights of women, began to appear. After independence, a new breed of journal critiquing the kind of society that was emerging in the new state flourished. In the latter forty years of the century, the most prominent journals were those that concentrated on current affairs, promoted investigative journalism and exposed the often opaque intercourse between the worlds of business and politics. These journals helped shape the final phase of the struggle for independence in Ireland and then, post-independence, the thinking that led to the emergence of a more open Irish society from the late-1960s onwards.

Includes:
Colum Kenny on the United Irishman and Arthur Griffith
Regina Uí Chollatáin on An Claidheamh Soluis
Patrick Maume on The Leader
Sonja Tiernan on the Irish Citizen
James Curry on The Worker
Ian Kenneally on the Irish Bulletin
Ian d’Alton on the Irish Statesman
Felix M. Larkin on Dublin Opinion
Sonya Perkins on the Capuchin Annual
Mark O’Brien on The Bell
John Horgan on The Furrow
Brian Trench on Hibernia
Joe Breen on Hot Press
Kevin Rafter on Magill 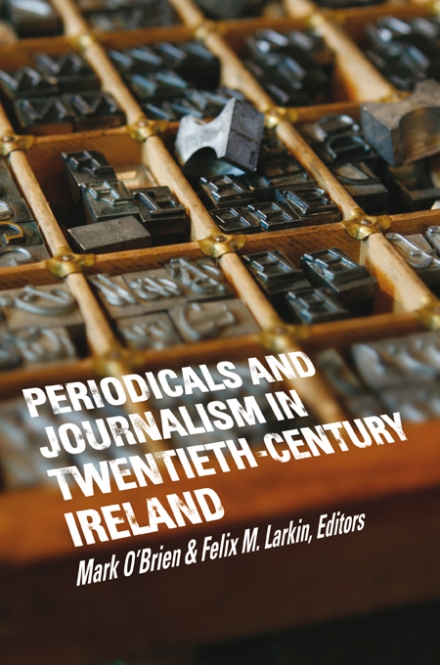