Describes, for the first time, the nature of the unique economic areal system of Gaelic Ireland as it developed and changed between the Early Medieval and Anglo-Norman periods, with special emphasis on the eleventh and twelfth centuries. The origins of this system are explored in their European context, and the components of the system: local kingdom, trícha cét, late-túath and baile biataig, are explored, described and understood. Special attention is given to the role of kingship in this early society, as well as to the lesser grades within society. A large part of this work of political geography is taken up with the task of listing and describing the area of each cantred/trícha cét by use of a newly developed methodology of boundary study. These are then represented cartographically. This methodology reveals the close relationship between Gaelic and Anglo-Norman areal units in a remarkable pattern of continuity. The various component units of the trícha cét, from the townland upwards, are examined of themselves and in addition shown to have great relevance for the study of such subjects as taxation, corporate kinship landholding, military levy, and even the origins of the rural Irish sense of place.

This is the first book to be published on this neglected and important area of study, the areal Irish medieval landscape. It has been described variously by Irish and British reviewers as ‘a seminal work’, ‘a landmark publication’, as having ‘the potential to be a paradigm shifting work’, and as ‘essential reading for anyone involved in the study of Early Ireland’. In addition to its relevance to Irish medieval history, the book has been described as providing a new approach ‘to land tenure elsewhere, particularly but not exclusively in the British Isles’.

Paul Mac Cotter is currently performing research on behalf of the Boyle Project of the School of History, UCC. He has published widely on such subjects as medieval history; genealogy; family, government and church history; and DNA studies. 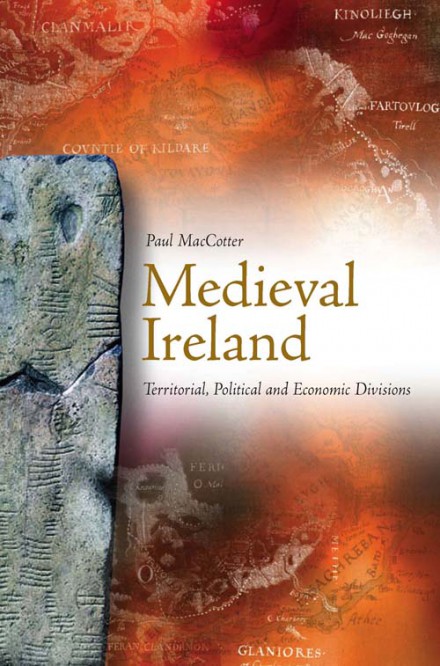