‘Fore was one of only two alien priories in Ireland … Masterson interrogates its history, using evidence from nineteenth-century copies of letters patents, wills, papal letters and other documentation. The result is a detailed narrative of the fortunes of monastery and manor through time … this book manages to be very informative and makes an important contribution’, Tracy Collins, Journal of Medieval Monastic Studies (2015).

‘A valuable and informative book from [the] Maynooth Studies in Local History series … focuses on what is one of the most scenically sited set of medieval remains in the whole of Ireland', Archaeology Ireland (Autumn 2014).

‘Much of this book reflects the magnificent job [Masterson] has done in explaining the complex ecclesiastical picture of Fore … Overall this is a great book which successfully navigates its way through the labyrinthine complexities of the medieval sources to give us an accurate and fully documented account of the great old medieval town of Fore’, Brian Nugent, Ríocht na Midhe (2015).

‘Masterson provides readers with a comprehensive history of the Benedictine priory of Fore in County Westmeath, Ireland. He concentrates his history on the rise and fall of the priory and the surrounding area of Fore in the medieval period, profiling the abbey as an anomaly in medieval Ireland, in that it was only one of two priories that were cells of foreign monasteries’, Book News (November 2014).

‘The Maynooth Studies in Local History have brought about a quiet revolution in Irish local studies, and have changed the larger landscape too. Working from fascinating and little-known sources, and mobilizing the resources of energetic and imaginative scholarship, an extraordinary range of subjects has been identified, illuminated and brought into focus. These 100 publications not only explore little known local episodes and phenomena; they constitute a major contribution to the mainstream of Irish history’, R.F. Foster, historian. 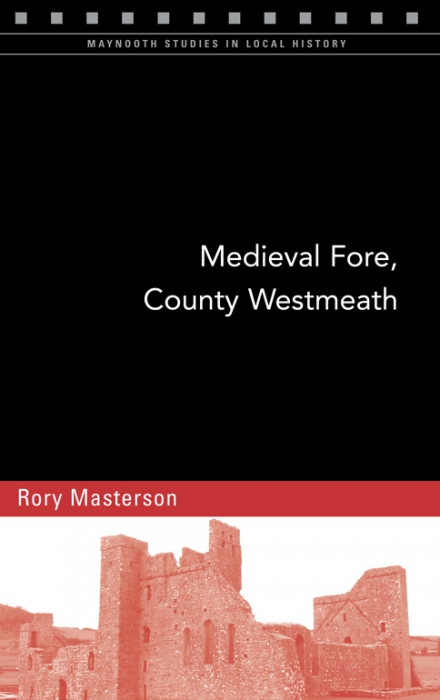