Loughrea, that den of infamy

During the Land War of 1879–82, Galway was regarded as 'dangerously disturbed' because of the large number of agrarian incidents reported. These included murders, wounding of persons and animals, arson and widespread boycotting and intimidation. In an attempt to restore public order, the authorities implemented repressive legislation in the form of two Coercion Acts in 1881 and 1882. The result was the arrest and internment without trial of 166 individuals, the majority in the Loughrea and Athenry police districts. In Loughrea, there was a sense that the town was under siege because of the intimidating presence of military and police. Extensive research in primary sources, newspapers and official records places the events in the social and political context of the time and paints a rich picture of the contribution made by local activists during a tumultuous period in Irish history.

Pat Finnegan is professor emeritus, NUI Galway, and a retired consultant physician, University Hospital, Galway. He is the author of The case of the Craughwell prisoners, during the Land War in Co. Galway, 1879–85 (2012). 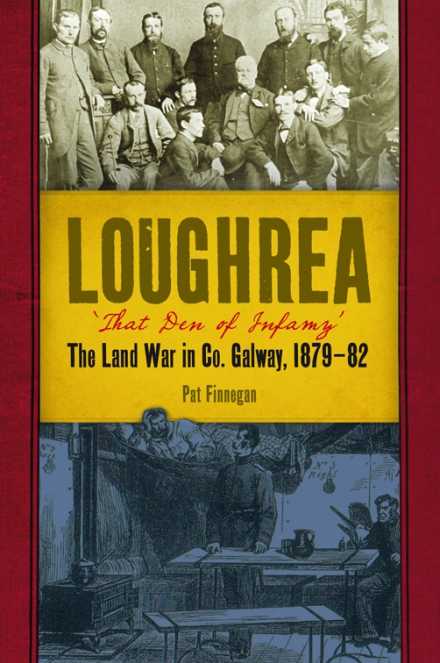