Laurence O’Neill (1864-1943) was Lord Mayor of Dublin during key years in modern Irish history, 1917–1924. During these troubled years he held the confidence of his fellow councillors and was hailed in ballad as the greatest lord mayor since Daniel O’Connell. He combined charm with oratorical gifts, political skill, mediation in industrial disputes, and a strong social conscience. In 1916 he was wrongfully imprisoned, an experience which gave him empathy with political prisoners and enabled him to be a successful negotiator between them and the authorities, especially in cases of hunger strike. As Lord Mayor he convened and chaired the Mansion House Conference against conscription, helping to unite all shades of nationalist opinion against this proposal. A constitutional nationalist himself, he was friendly with de Valera and Michael Collins, the Dáil met in the Mansion House, and republican leaders secretly found shelter there during the Troubles. At the same time, Lord Mayor O’Neill cultivated the leading authorities so as to promote openness to negotiation, employment and civic peace.

This important biography, by Thomas J. Morrissey SJ, restores O’Neill to his rightful place as a champion of liberty, justice and national pride – a patriot who was a man of peace and an outstanding Lord Mayor.

Dr. Thomas J. Morrissey SJ is a Jesuit priest, an educationalist and historian. Former headmaster of Crescent College Comprehensive, Limerick, and Director of the National College of Industrial Relations, Dublin, he has taken his degrees in History from NUI and has written some fourteen historical works. These include William J. Walsh, Archbishop of Dublin, 1841–1921 (2000), Thomas A. Finlay SJ, 1848–1940 (2004) and William O’Brien, 1881–1968 (2007). 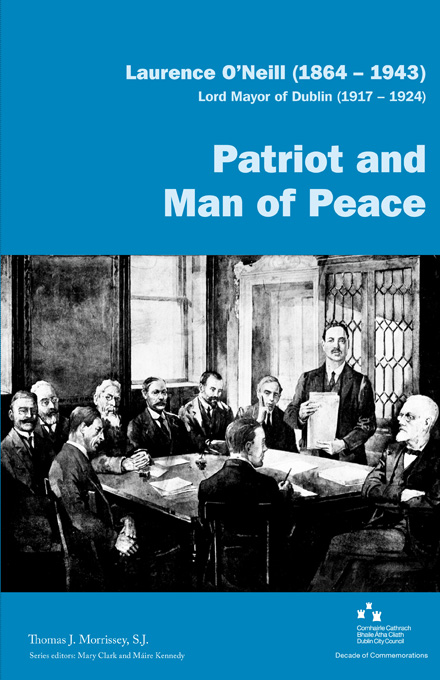