Ireland and the Crimean War

In 1854 four of the major powers in Europe, Britain, France, Turkey and Russia became embroiled in a devastating and costly war. While hostilities began in Turkey’s territories on the Danube, the war soon shifted to the Crimean peninsula, which was then part of the Russian Empire. The focus of the allied war effort became the strategically important naval port of Sevastopol in the Crimea.

The Crimean war dragged on for two years and, as the generals and politicians bungled and dithered, the soldiers in the trenches at Sevastopol endured terrible conditions and died in droves in senseless attacks on the Russian fortifications. The Crimean war was, in many ways, the first ‘modern’ war and it foreshadowed later events in the trenches of the First World War.

First published in 2002, this is the first book to assess all levels of Irish involvement in the Crimean war. It tells the story of the Irish men and women who traveled to the Crimea to contribute to the war effort and their experiences are described using contemporary letters and published memoirs.

In 2014, the world saw conflict break out in the Ukraine as Russia tried to reassert control over the strategically important Crimea region. Sevastopol has emerged once more as a key strategic interest for Russia and much of the recent activity has focused on securing this important naval base. While the nature of international conflicts may have changed, some key strategic issues mirror nineteenth century concerns. This book addresses a previously unexamined aspect of the Crimean war of 1854–6; the Irish involvement in a costly international conflict that took place 160 years ago.

David Murphy lectures in the Centre for Military History and Strategic Studies, Department of History at Maynooth University. He has carried out extensive research on military history, in particular the service of Irish soldiers in the British and European armies. In 2004 he became the first Irish scholar to be awarded a fellowship to the West Point Summer Seminar in Military History. He has taught on defence studies programmes for the Irish Defence Forces and has also acted as a guest lecturer at the Dutch Military Academy, the US Military Academy and the US Command & General Staff College. He is currently carrying out research on the Arab Revolt of 1916–18 and on the failed Nivelle Offensive of 1917. His previous publications include T.E. Lawrence (Oxford, 2011) and, with Nathalie Genet-Rouffiac, Franco Irish military connections, 1590–1945 (Dublin, 2009). He is a regular contributor on national radio and in print media, commenting on military history and strategic issues. 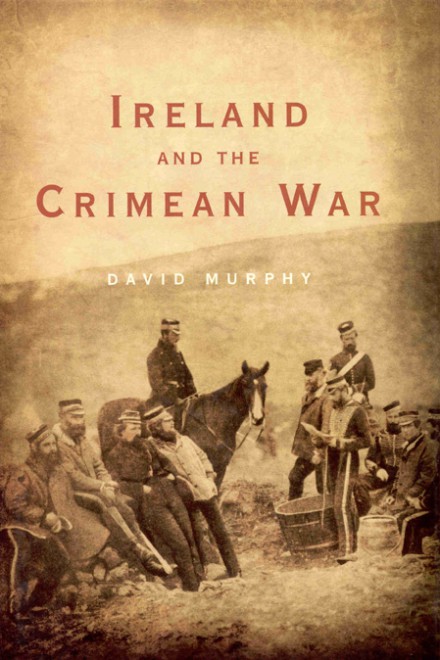