In dialogue with the Agallamh

This volume contains a collection of essays on the centrepiece of fíanaigecht scholarship, Agallamh na Seanórach ‘The Dialogue of the Ancients’. Initially delivered at a conference in University College Cork to honour Professor Seán Ó Coileáin, these studies comprise the first ever book-length treatment of the subject.

The Agallamh survives in numerous versions dating from the late medieval/early modern Irish period to folklore versions collected in the modern Irish era. The contributions in this volume range across all the extant versions of the narrative and have been written by the foremost scholars in the field. The aim of this collection is to refocus attention on Agallamh na Seanórach in all its forms, to draw further attention to a burgeoning field of study, and to interrogate the different versions of the Agallamh in the hope of contextualizing these further within the study of Irish narrative. 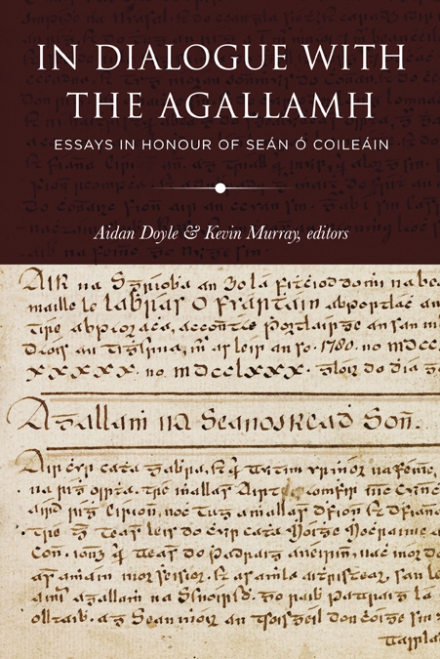