The history of Arsaces, Prince of Betlis

Recounting the eventful travels of Selim, an intrepid young Arab who runs away from his parental home to learn about the world, The History of Arsaces, Prince of Betlis (1774) by the Co. Limerick-born Charles Johnston (c.1719–c.1800) is an inventive mixture of fictional genres and styles: romance, satire, sentimental narrative and oriental fantasy. The novel appeared at a politically charged moment, on the eve of the American revolutionary war and in the aftermath of the Bengal famine of 1769–70, world events that were linked by the nefarious operations of the ubiquitous East India Company. These momentous occurrences, polarising public opinion and stimulating Irish patriot sympathies in the mid-70s, provide the undercurrent to Johnston’s thoughtful examination of war, commerce, and empire through the lens of a fictional ‘history’. Enclosing a series of tales within tales, Johnston’s oriental romance offers its readers a remarkable concoction of Gulliver-inspired fantasy, political satire and moral reflection, played out within an expansive historical and geographical setting. As the Monthly Review, or, Literary Journal commented on its first appearance in 1774, The History of Arsaces provided ‘striking intimations, of the utmost national importance, with respect to over-grown empire, and colony connexions’.

Daniel Sanjiv Roberts is a Reader in English at Queen’s University Belfast. 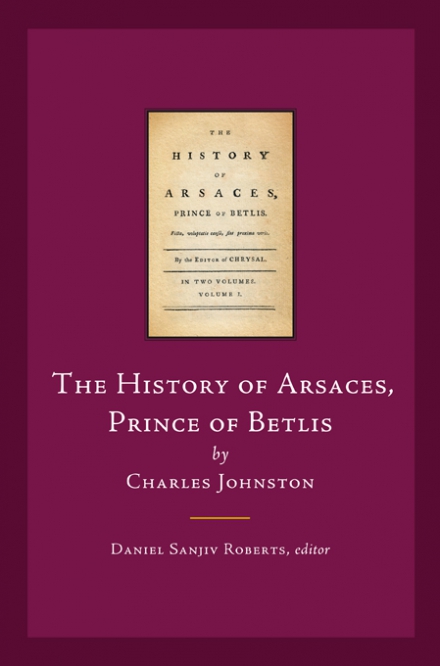