The lives of Colum of Terryglass, Crónán of Roscrea, Mochaomhóg of Leigh and Ruadhán of Lorrha

When St Patrick was leaving Munster via the Little Brosna river, close to Tipperary’s northern boundary, he is said to have given a blessing to the province’s people, its men, women and children. Much of this blessing must have lingered over north Tipperary, because no fewer than four of its saints were made the subjects of written Lives, Ruadhán and Colum from the neighbouring parishes of Lorrha and Terryglass, Crónán of Roscrea, and Mochaomhóg of Leigh in Twomileborris. The Lives written for these saints in Latin, translated here for the first time into English, contain much that is of interest, not only to Tipperary people, but to all who wish to know more about the history of early Irish Christianity. Written many centuries after the golden age of the saints, these texts tell us a great deal about the fortunes of their churches, and about the aims and associations of the communities devoted to them. Pádraig Ó Riain, in this new translation, gives access to these four Lives to a brand new audience.

Pádraig Ó Riain is Professor Emeritus of Early and Medieval Irish at University College Cork, and the previous holder of Visiting Professorships at Bochum and Freiburg in Germany and at Aberystwyth in Wales. He is a former holder of the Parnell Fellowship at Magdalen College, Cambridge, and was the first Irish scholar to be awarded the Humboldt Prize. A former President of the Irish Texts Society and a former Member of Council of the Royal Irish Academy, Professor Ó Riain is the author of numerous publications on Irish hagiography, placenames, personal names, and textual transmission. He is the author of the best-selling A dictionary of Irish Saints (2011). 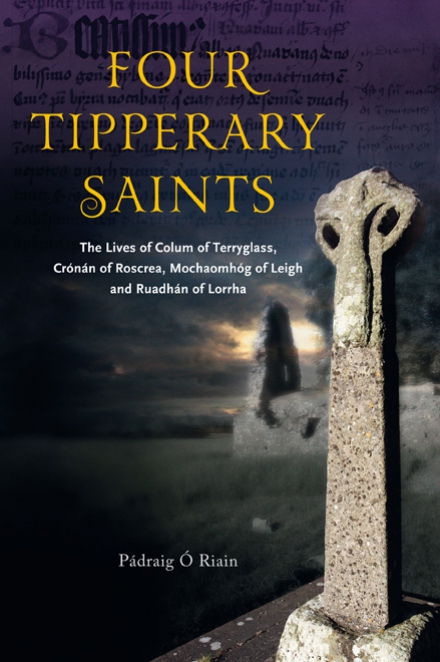