‘Emmet O’Connor is Ireland’s foremost labour historian, best known for his authoritative history of the Irish labour movement from 1824 to 2000. He brings his vast knowledge of Irish labour struggles to his intimate account of the trade union history of Derry. The study would be of interest for both those familiar with histories of Irish labour and those for whom it is new territory ... this is local history which transcends its geographic focus to offer insights of broader relevance’, Fionnuala Walsh, Family & Community History (October 2016).

‘This volume covers the growth and prosperity of Derry in the latter nineteenth century. O’Connor looks at the people who laboured in the shirt factories, the coach works, the iron foundries, shipyard, distilleries, bacon cellars, and grain and flour mills that Derry’s prosperity was build on’, Book News (November 2014).

‘The Maynooth Studies in Local History have brought about a quiet revolution in Irish local studies, and have changed the larger landscape too. Working from fascinating and little-known sources, and mobilizing the resources of energetic and imaginative scholarship, an extraordinary range of subjects has been identified, illuminated and brought into focus. These 100 publications not only explore little known local episodes and phenomena; they constitute a major contribution to the mainstream of Irish history’, R.F. Foster, historian. 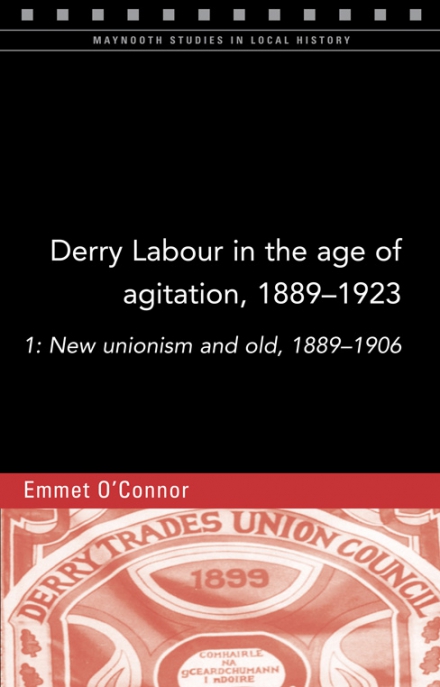