Until the 20th century, the world of architecture and building was considered a male domain, but long before this, women of the landed class in Ireland were designing, commissioning and supervising projects. Focusing on several women in the eastern counties, this study discovers how they came to develop an interest in architecture and the skills to express it. It investigates the relationship between the publication of an architectural pattern book by Lady Helena Domvile and her re-building of Santry village, Co. Dublin. We trace the fortunes of Anna Maria Dawson through her architectural sketches, from the planning of her brother’s neoclassical house, Townley Hall, Co. Louth, to her patronage of its architect, Francis Johnston, and her own designs for more modest homes in counties Armagh and Down. Many elite women combined a sense of moral, social and religious duty with a passion for designing and building, resulting in philanthropic projects such as schools, cottages and almshouses. Recovering their role as architectural amateurs allows us a greater understanding of their lives and the buildings of this period.

Ruth Thorpe is a graduate of Trinity College Dublin, holds an MA in Historic House Studies from NUI Maynooth and is undertaking a PhD in history at Queen’s University Belfast. 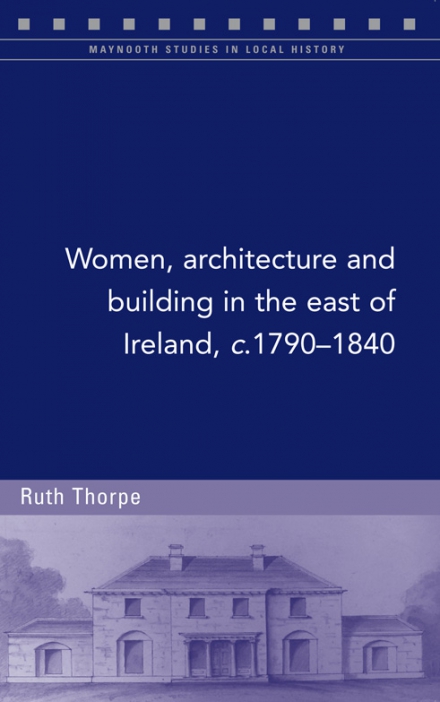