A natural and cultural history

‘… a fascinating book … which traces the history and lore of the species from ancient times into the modern era and the death of the last known survivor,’ Frank McNally, ‘An Irishman’s Diary’, Irish Times.

‘A comprehensive look at the wolf in Ireland, considering not just the zoology but also its place in history and culture … This is a fascinating insight into an animal that was once common on this island and about which there are many misconceptions', Books Ireland (November 2011).

‘Wolves live on in our language, place-names and folklore. Now, a definitive account of this lost animal has appeared ... This work of scholarship, despite its wealth of detail, is entertaining and readable. With Gary Wilson’s photographs of Dublin Zoo’s wolf pack, the book will appeal to naturalists, hunters and local historians', Richard Collins, Irish Examiner (October 2011).

‘Hickey is clearly well-versed in the natural history and cultural importance of the wolf … [this book] is no doubt an invaluable resource for anyone researching native Irish species or fans of these maligned predators', Susan Morrell, Sunday Business Post (23 October 2011).

‘There is a growing awareness that animal histories reflect human histories and as such are a rich source of cultural information. Kieran Hickey’s volume on the Irish wolf makes this point very clearly and eloquently … [this] is a very interesting read that fills a severe knowledge gap about the history of the species in Ireland … I like Hickey’s innovative and ambitious use of textual evidence to construct a natural and social history of the wolf … [this book] is a masterclass in the integration of different sources of evidence', Naomi Sykes, Landscapes (2012).

‘Hickey has written a history with abundant material on the zoology, folklore, history and cultural legacy of the wolf in Ireland … the natural historical detective work is impressive', Séamus Sweeney, TLS (April 2012). 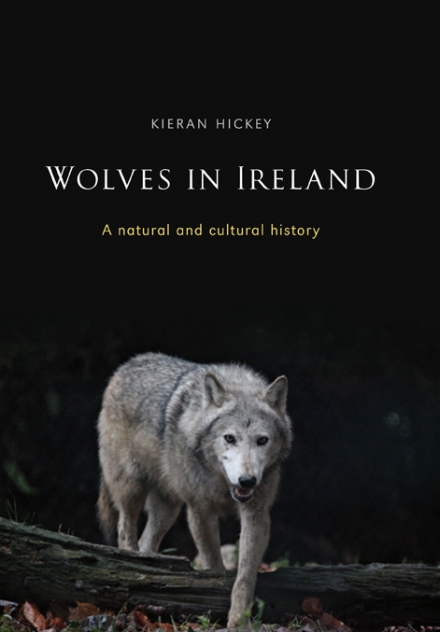