Hispanic scholar, musician and writer, Walter Starkie is perhaps best remembered for his travel books Raggle Taggle – subtitled ‘Adventures with a fiddle in Hungary and Roumania’ – and its sequels, Spanish Raggle Taggle and Don Gypsy. This compelling new biography seeks to prove that there was more, much more, to his life and career.

Son of the last resident commissioner of education under British rule in Ireland, Walter Starkie was launched into a life of firsts, inaugurating the chair of Spanish at Trinity College Dublin and being appointed representative of the British Council in Spain after the Civil War.

This biography reassesses Starkie while situating him within specific historical and political contexts: late Victorian Dublin, the latter years of the Union, those of the Free State and the de Valera decade that dislodged it; partitioned Hungary and greater Roumania in the wake of the First World War; Fascist Italy and the Spain of dictatorships as well as of the Second Republic.

The portrait that emerges moves beyond the fellow and his fiddle to reveal diverse distractions, disguises and determined discourses of power in times of turmoil.

Jacqueline Hurtley lectures in the Department of English and German at the University of Barcelona. 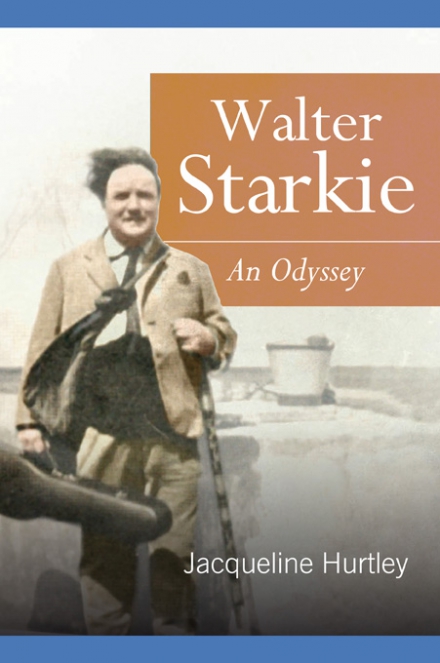