Assisted emigration to North America in the nineteenth-century

Between 1800 and 1914 over eight million people emigrated from Ireland. While the majority paid their own passage or had the fares paid by relations and friends in North America, there was a sizeable group who could not afford to leave. This book looks at the 300,000 emigrants who went to North America from nineteenth-century Ireland and who had their fares paid by the British government, landlords, poor law unions and philanthropists. Most of these emigrants were among the poorest people in Ireland: workhouse paupers, landless labourers, single women or those living in the congested board areas where they encountered perennial destitution and near famine conditions.They were often regarded as 'permanent deadweight' who could contribute little to their future well-being and be better off in North America or the colonies. Most of the assisted emigrants experienced harsh conditions in North America. While some were well cared for, such as the Peter Robinson settlers to Ontario between 1823 and 1835, and the Tuke emigrants who were encouraged to settle in Canada and the mid-western states of the United States in the 1880s, others had more difficult encounters. Those who were assisted by landlords such as the marquis of Lansdowne and Lord Palmerston were sent to Quebec, New York and St John and had to look after themselves from the time of disembarkation. Many of the assisted emigrants settled in Five Points in New York where they lived in squalid conditions, but through perseverance and hard work bettered themselves. The majority of these emigrants were happy to leave Ireland in the hope of a better life in North America.

Gerard Moran is the former coordinator of History at the European School, Uccle, Brussels. He now lectures in the department of history at NUI Galway. He has written extensively on nineteenth-century Ireland. 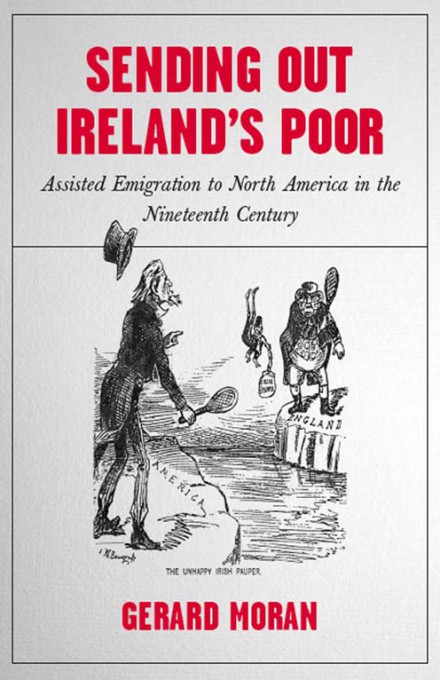