Essays in honour of Katharine Simms

‘Princes, prelates and poets is not a typical festschrift. Running to more than 600 pages, it contains 33 articles, written by some of the most distinguished scholars in the field of Irish medieval history. It engages with areas as diverse as genetics, political alliances and conflicts, church ornaments, and the writing and power of poetry, from the fifth to the seventeenth century. It contains editions of previously unpublished documents and literary works, new interpretations of familiar sources, surveys of unduly neglected topics, challenges to scholarly orthodoxies and explorations of methodology. Unity is provided by the contributors’ consistent attention to the complexity of the sources and a willingness to cross disciplinary boundaries, traits for which Katharine Simms’ work has been particularly noted … [this book] gives the student and scholar accessible sources and fresh interpretations and directions to new research. It deserves a place on the bookshelf of anyone seriously interested in medieval Ireland’, Michael Staunton, Studia Hibernica (2014).

‘The medievalist possessing little familiarity with Ireland in the middle ages is likely to be astonished to discover the distinctiveness, diversity, the breadth and profundity of surviving Irish sources and their challenges … [of which] Princes, prelates and poets provides a taste. The standard of scholarship throughout is excellent, and the volume includes a large number of quality illustrations. It is also worth noting that, at under €1.67 per article, its outstanding value is economic as well as academic’, Neil McGuigan, Peritia (2015).

‘The thirty-three contributions to this Festschrift testify to the wide respect enjoyed by its honorand as well as to the breadth of her interests … many of the studies examine aspects of the rich written culture of medieval Ireland … [this is a] substantial and diverse collection of essays … it should be stressed that there is much of value in this volume, which maintains a high level of scholarship throughout that is a worth tribute to its honorand’, Huw Pryce, History (2015).

'This book must have been a massive undertaking and the editor is to be congratulated … A large and attractively illustrated volume, this book has something for all of those interested in various aspects of medieval Ireland, and it will stand as testament to a great and generous scholar', Brendan Scott, Breifne (2014). 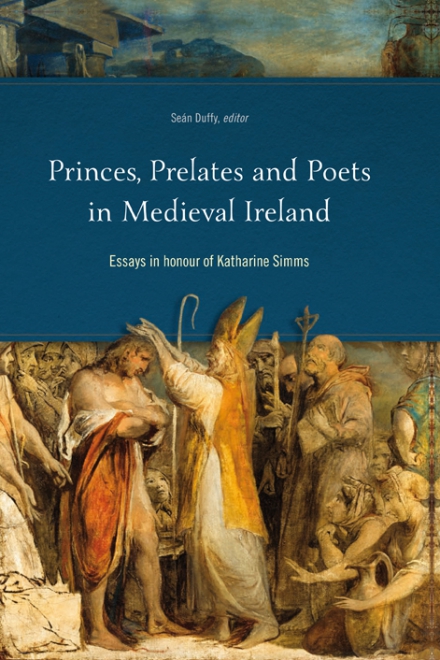