The Portmarnock Brick and Terracotta Works

This book presents a picture of Portmarnock, Co. Dublin, as an important local centre for the manufacture of brick and terracotta during the Victorian period. The outstanding material products produced by the Portmarnock Brick and Terracotta Works were such that many of the most significant architects of the day specified them by name, and many remarkable buildings of the period were constructed and decorated using Portmarnock’s striking red brick and moulded terracotta. The owners of the Portmarnock Brick and Terracotta Works, the Plunketts of Portmarnock, are presented as more than local landowners or entrepreneurs, but rather as selfless economic nationalists during a period of significant change in Ireland, both politically and economically. Combining impressive varied and inventive primary sources the author goes some way to respond to Maurice Craig’s assertion that the relationship between buildings and geology is often ignored in our history. The result is the illumination of a little known and largely unrecorded part of our architectural and social history. 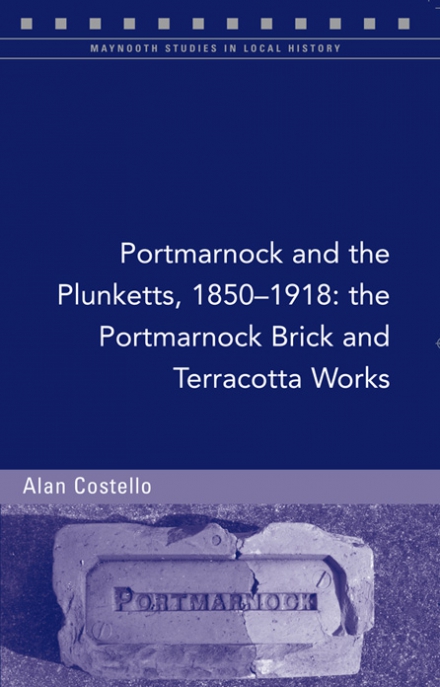