Patrick Pye was born in Winchester, England, in 1929, but was raised in Dublin by his Irish mother. He started painting in 1943 under the sculptor Oisin Kelly, and he later studied at the National College of Art in Dublin and the Jan Van Eyck Academy in Holland. Pye went on to have a long and distinguished career in his adopted country, spanning over sixty-five years, and his work can be found in major museums and galleries throughout Ireland, from the Ulster Museum in Belfast and the Hugh Lane Municipal Gallery in Dublin, to the Crawford Municipal Gallery in Cork. And yet, Pye has been regarded as something of a maverick, someone who was essentially a religious artist, an outsider, and thus not really part of Irish art history.

In this book, the first on the artist, Brian McAvera challenges this viewpoint. He argues that Pye, far from being on the periphery, is central to the Irish tradition. He contends that Pye should be seen within a disparate range of sources and contexts, but in particular those of the Byzantine icon tradition, early Renaissance painting, and Modernism.

In the biographical section of this book, McAvera illustrates Pye’s long involvement in the Irish art world. He also examines Pye’s own writings on art and reveals what they have to say about Pye the artist. The book concludes with a detailed bibliography on Pye, and a Checklist of nearly 1200 works by him.

Brian McAvera is a dramatist, director, curator and art historian. He has written numerous books on the visual arts, including Art, Politics and Ireland, and is a regular contributor to the Irish Arts Review and the US journal, Sculpture. 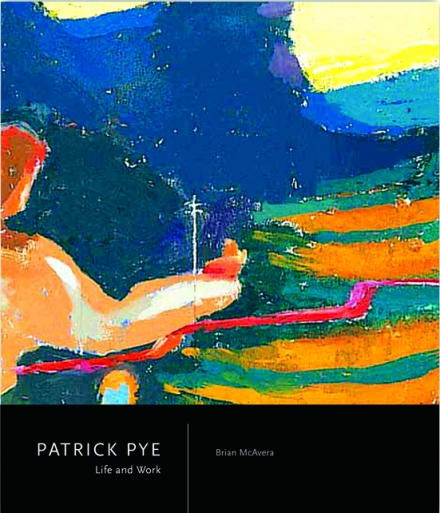