Proceedings of the Friends of Medieval Dublin symposium 2011

This volume has important studies on the political, social and literary history of Dublin from the Viking Age to the dawn of the modern era. Eoin O’Flynn reconstructs the relationship between the Vikings of Dublin and the Clann Cholmáin kings; Denis Casey looks inside Viking Dublin at the ruling élite that included an officer called the airlabraid; Andrew Woods examines the use of coins in the Hiberno-Norse town; Lenore Fischer discovers later Dublin traditions about the Battle of Clontarf; Paul MacCotter reconstructs the lands of the medieval archdiocese of Dublin; Declan Johnston examines the ‘Black Monday’ massacre of the citizens, said to have occurred in 1209 and which became an annual pageant for centuries afterwards; Niall Ó Súilleabháin describes the system of municipal government in Anglo-Norman Dublin; Linzi Simpson reports on archaeological excavations in the Front Square of Trinity College that unearthed the earliest college buildings and the earlier priory of All Hallows; Grace O’Keeffe discusses the connections between Dublin and Bristol in the Middle Ages; Bernadette Williams reassesses the evidence for the arrival of the Dominicans in the early thirteenth century; Caoimhe Whelan reminds us of the career of the Dubliner James Yonge, an important figure in the literary circles in late medieval Ireland; John Montague shows how the famous 1756 map by John Rocque can be used to shed light on the medieval city; and Niall McCullough outlines an architectural and urban design framework plan for the Ship Street–Werburgh Street area.

Seán Duffy is Professor of Medieval History at Trinity College Dublin and chairman of the Friends of Medieval Dublin. 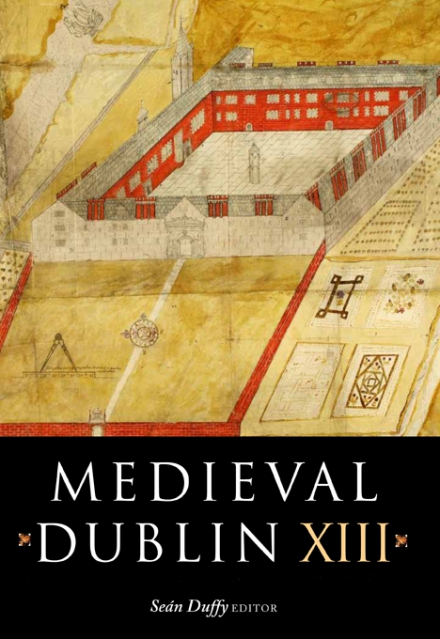