Proceedings of the Friends of Medieval Dublin symposium 2010

This twelfth volume of proceedings of the annual Friends of Medieval Dublin Symposium contains reports on recent archaeological excavations in and around Dublin city. Claire Walsh found for the first time evidence of a Hiberno-Norse community living outside the walled city in the Coombe, and Alan Hayden traces the later archaeology of the area in excavations along the route of the Coombe Bypass. The Liberties was also the location of Judith Carroll’s excavations of medieval industrial activity at Thomas Street and Vicar Street, while Rosanne Meenan reports on her excavations in the vicinity of the medieval St Peter’s Church at Stephen Street Lower. Edmund O’Donovan discusses excavations at St Nathí’s Church in Dundrum, which revealed a series of fortified enclosures around the early monastic foundation, and Geraldine Stout attempts to reconstruct the precincts of the great Cistercian abbey of St Mary. Historical studies include Grace O’Keeffe’s examination of the connection between Dublin and Bristol in the Middle Ages, Colm Lennon’s study of the medieval manor of Clontarf and Áine Foley’s investigation of the sheriffs who administered the medieval county of Dublin. Another highlight is Ellen O’Flaherty’s report on the manuscript materials for the history of medieval Dublin preserved in the library of TCD.

Seán Duffy, FTCD, is Chairman of the Friends of Medieval Dublin and senior lecturer in medieval history at Trinity College Dublin. 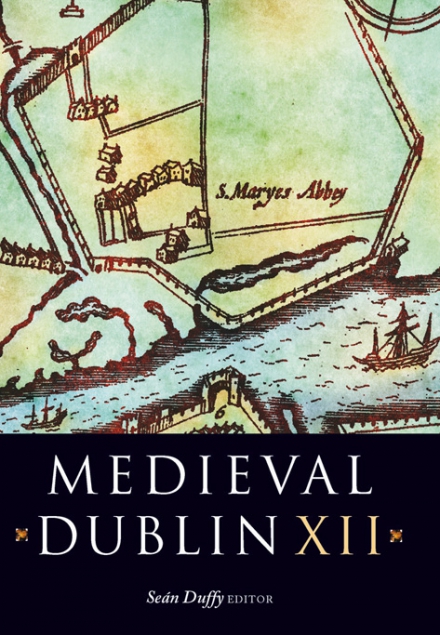