According to legend, Derry originated as a monastery founded by St Columba/Colum Cille. That story was almost certainly a later rationalization and simplification of a complex reality arising from Derry’s capture from the Cenél nÉnnai kingdom in the late 6th century by the saint’s people, the powerful Cenél Conaill. By the 9th century, Derry was in the hands of the latter’s conquering enemies – Cenél nEógain of Inishowen. They further developed the Columban legend for propaganda purposes. In the 12th century, under the dynamic Mac Lochlainn kings, the enlarged settlement at Derry became a centre of significant political and cultural influence and the headquarters of the Columban churches in Ireland. Later – with the defeat of the Mac Lochlainns – Derry too declined. It would enjoy a brief revival in later medieval times under the O’Donnells, who also harnessed the Columban legend. The settlement was captured by the English in 1600, however, bringing about the end of its Gaelic identity. Lacey has been writing about medieval Derry since the 1980s; in this book, he revisits those studies – revising and augmenting them, examining previously little-used sources and emphasizing Derry’s changing fortunes in the contexts of contemporary secular politics.

Brian Lacey is the author of Lug’s forgotten Donegal kingdom: the archaeology, history and folklore of the Síl Lugdach of Cloghaneely (2012). 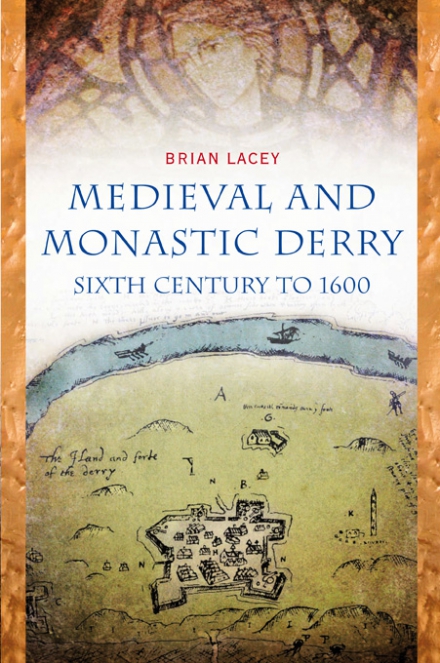