This book explores the transition that took place in a landed estate in the barony of Killian, east Galway, in the years 1820–70. It examines how the landlord, John Netterville Gerard reacted to the social and economic changes which took place before, during, and after the Famine. The marriage of John Gerrard to Marcella Netterville in 1822 heralded a different approach to the management of the estate. His efforts to convert the estate from a tillage-based rental property to a grazing operation rendered large numbers of tenants surplus to requirements. His sole method of dealing with these surplus tenants was eviction and destruction of dwellings. The widespread publicity generated by the Gerrard evictions at Ballinlass in 1846 is examined in some detail as it offers the tenants’ perspective of the clearances and also the public defence which the landlord felt compelled to offer. The fate of the estate, in the aftermath of the deaths of John and Marcella Gerrard, and its subsequent division among three distant relatives, is also studied.

Tom Crehan holds an MA in Local History from NUI Maynooth and is a native of Newbridge, Co. Galway. He lives in Prosperous, Co. Kildare and is a retired school principal. 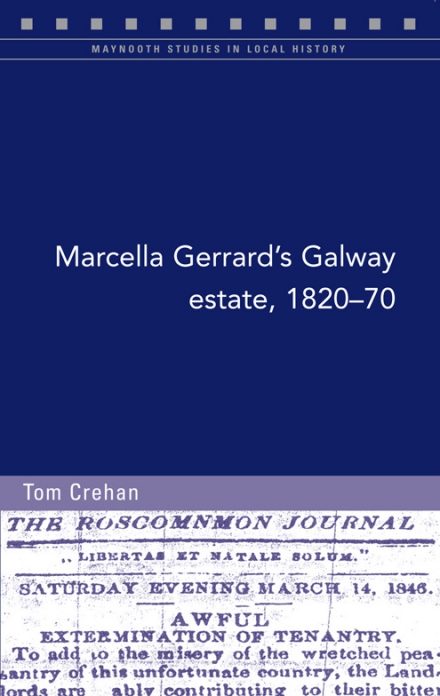