Borris House, situated in the small town of Borris in Co. Carlow, is the ancestral home of the MacMurrough Kavanagh family. The family have had a residence at Borris for approximately 900 years. Walter Kavanagh, the eldest son of Thomas Kavanagh and Lady Susanna Butler, a sister to the 19th earl of Ormonde, succeeded his father to the estates at Borris in 1792. In the early 19th century Walter Kavanagh decided to transform his home at Borris. The early Georgian house built c.1721–40 by his grandfather Brian Kavanagh was given an ornate Tudor revivalist exterior and a richly classical interior under the direction of the Co. Cork-born architect Sir Richard Morrison. As the house transformed, so did the collections within. The family amassed notable collections of furniture, books and silver, much of which was sourced in Dublin and London. This short book identifies the role that the two major patrons at Borris, Walter Kavanagh, a bachelor, in his fifties when work begun at Borris, and later his brother and heir Thomas had in the shaping of Borris House and its collections.

Edmund Joyce lives near Borris in Co. Carlow. He works as a lecturer at Carlow Institute of Technology. 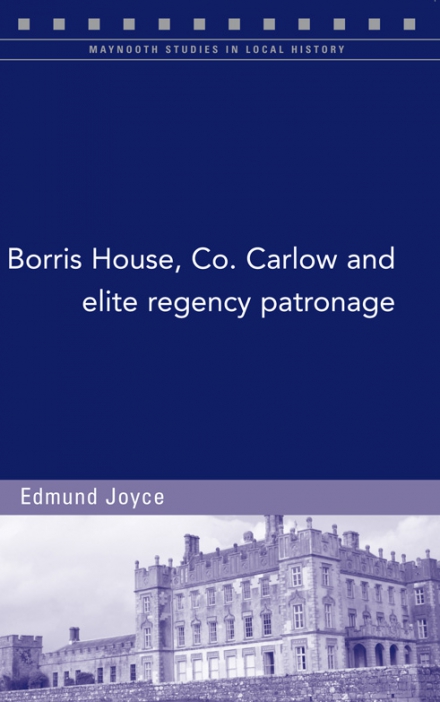