A North Light – John Hewitt’s own account of his life in Northern Ireland from his early years until his ‘enforced exile’ in Coventry in 1957 – provides a fascinating glimpse into his association with key figures from the literary and art world, including W.B. Yeats, George Orwell, Brendan Behan, Colin Middleton and John Luke.

It details Hewitt’s career in the Belfast Museum and Art Gallery; the evolution of his critical and literary thinking; his quest for identity and creative space; and it voices his maverick political views on his homeland.

This hitherto-unpublished text, one of the most anticipated Irish memoirs of the twentieth century, will be valuable to those interested in Hewitt’s achievement, work and legacy and to those wishing to gain an insight into Northern Ireland’s cultural and political history.

Frank Ferguson and Kathryn White are both lecturers in the School of English and History at the University of Ulster and are both involved with the Ulster Poetry Project. 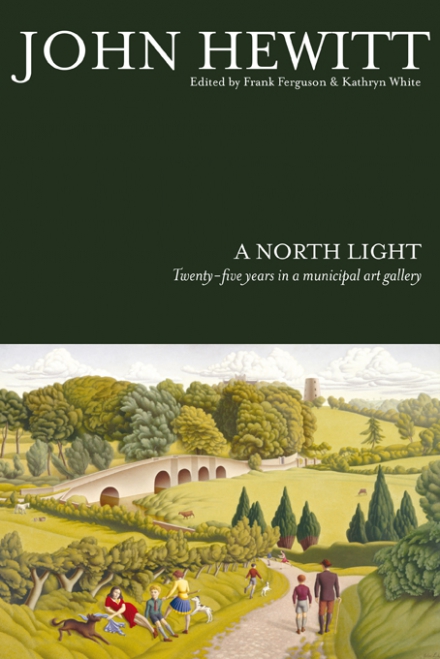